NEXT:Scoreboard: Tuesday, April 25
PREVIOUS:TV News Gears Up For Day 100 of the Trump Administration 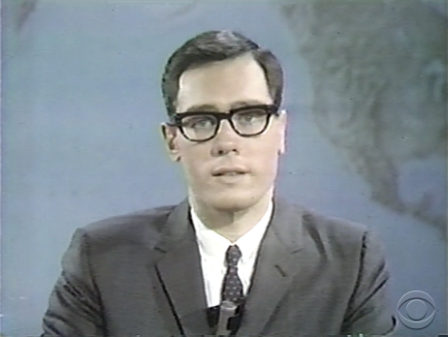 Fifty years ago this month, AFTRA, the union representing TV talent, had called a walkout. Some of the most famous TV faces of the day, including What’s My Line host John Daly, and ABC Sports’s Howard Cosell, were off the air and hit the street. The list included CBS Evening News anchor Walter Cronkite.

So who would sub-in for the legendary newsman?

Arnold Zenker, a 28-year-old CBS News exec who had worked his way through school doing radio, but had zero TV experience.

“I said I’d never done television. They said you’re going to do the ‘CBS Morning News,’ then they said stay around and do the ‘Midday News,’” Zenker told Scott Pelley in a conversation that aired on last night’s edition of the CBS Evening News.

With only about an hour of TV experience under his belt, he was called back to fill in for Cronkite on the Evening News.

Zenker got solid reviews, and says he received more than 3,000 fan letters.

“It’s the standard case of the understudy. The star goes out and, for whatever reason, the understudy nobody’s ever heard of comes in and sits in the chair, gets decent reviews and it’s a terrific feel good story,” he said.

The strike, which centered on wages at local affiliate stations, ended after 13 days.

On his first broadcast after the strike, Cronkite looked into the camera and said, “This is Walter Cronkite substituting for Arnold Zenker. It’s good to be back.”