NEXT:Here's Why Trish Regan Calls Her Coverage of the Crisis in Venezuela Some of the Most Important Work She's Done in Her Career
PREVIOUS:30 Most Impactful TV Newsers of the Past 15 Years: David Westin 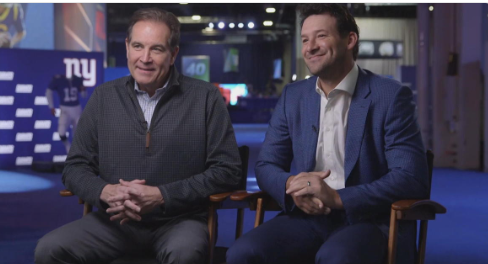 Last year’s Super Bowl (LII) came down to the wire, with Nick Foles leading the Philadelphia Eagles to a 41-33 victory over the Tom Brady-led New England Patriots. While the excitement was there, the ratings were not.

How will Super Bowl LIII fare? TBD. The Patriots are back for the third consecutive year, and they’re in Atlanta to face a Los Angeles Rams squad few outside the organization thought would make to the Big Game. In fact, many feel they don’t even deserve to be in the contest; don’t even bother asking residents of the Gulf Coast.

The Rams don’t have much of a following outside of their new home in Southern California. However, one shouldn’t underrate that they do in fact that still play in America’s second-largest media market, something that could boost ratings from the previous year.

NFL regular season viewership was up in this season vs. the prior season, which could is a good omen.

So the question becomes: What will this year’s Big Game bring? NBC owns the all time record, as 114.4 million tuned to watch the Patriots and Seattle Seahawks square off in 2015 for Super Bowl XLIX. Patriots-Rams probably won’t reach that number, but one would expect it to exceed Super Bowl LII, Patriots-Eagles, right?? CBS certainly hopes more than 103.4 million Americans hear play-by-play man Jim Nantz proclaim “Hello, friends,” and color commentator Tony Romo predict plays before they happen.

It’s the biggest day of the year for the network, by a country mile.

This particular Super Bowl is a rematch of Super Bowl XXXVI in 2002, in which the Patriots, led by second-year Patriots head coach Bill Belichick and a backup QB named Tom Brady, defeated the heavily favored then-St. Louis Rams, 20 to 17.

The Brady-Belichick duo will be vying for a record 6th Super Bowl title on Sunday.

So, let us know how many Americans will watch Super Bowl LIII on linear TV: