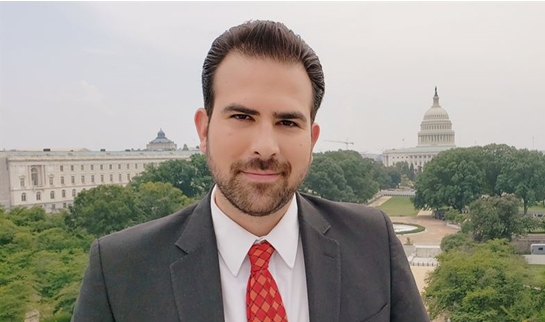 Noticias Telemundo is giving a boost to its coverage of U.S. politics by appointing Mexican journalist Javier Vega as a Washington DC correspondent for the network.

“Javier Vega comes to the epicenter of political activity in the United States to reinforce our philosophy of ‘telling it like it is,’” Rivas-Vazquez said in a statement. “In Washington, information is being generated at an unprecedented rate and the inclusion of a journalist of Vega’s talent and experience reaffirms our commitment to the Latino community at this critical time.”

Vega began his career as a local reporter at Televisa Puebla. Later he joined Milenio, a national media outlet in Mexico, where he specialized in political affairs covering the Congress and Senate, the State Department and the President. As part of the Special Affairs team, he produced reports and anchored newscasts on Milenio Televisión, the leading news channel in Mexico. He was also an investigative journalist on Televisa’s Punto de Partida with Denise Maerker, a bi-weekly show covering social, political and security issues.

In 2009 Vega won the National Journalism Prize awarded by Club de Periodistas de México A.C., and was part of the team awarded the National Communication Prize “José Pagés Llergo” for its coverage of the Mexico City earthquake.