There seems to be some good news about those who cover and report the news.

Poynter Institute is reporting that “after decades of declining trust in the press, coupled with relentless rhetorical attacks on the media by President Trump,” a new survey shows that “trust in media is up since last year, and the great majority of Americans trust their local news sources.”

According to a Poynter Media Trust Survey,  76 percent of Americans have “a great deal” or “a fair amount” of trust in their local TV news, and 73 percent have confidence in local newspapers. 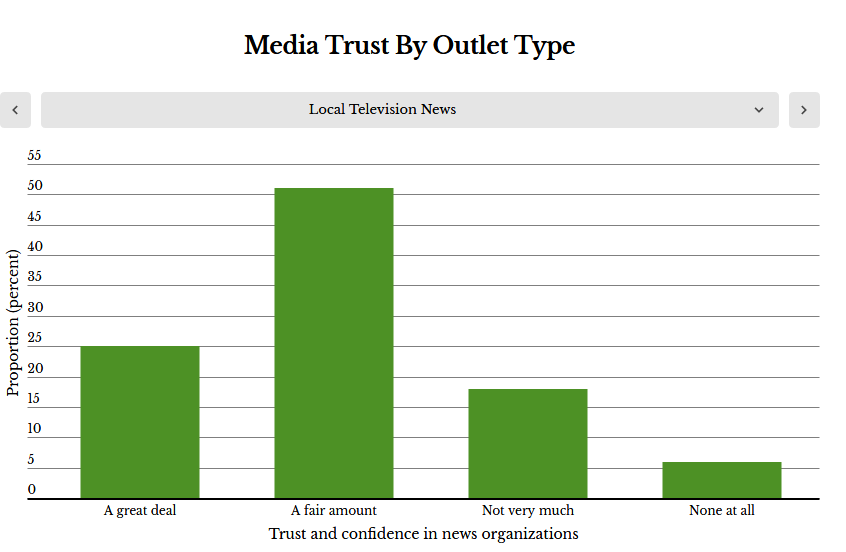 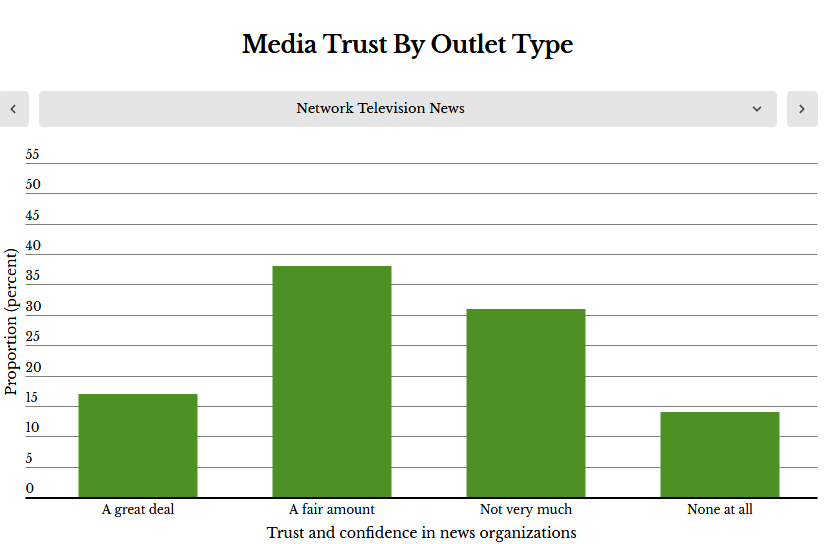 Democrats, on the other hand,  had high levels of trust across the board.

These numbers are stronger than Poynter’s most recent survey, published in November 2017.  54 percent of respondents expressed “a great deal” or “fair amount” of trust in news media in this newly-released survey, compared with 49 percent in the previous survey.

How about national cable news? According to Poynter, when researchers asked about trust and confidence in Fox News and CNN, the partisan divide was quite pronounced. Only 21 percent of Democrats expressed “a great deal” or “fair amount” of trust in Fox News, while just 19 percent of Republicans expressed the same trust in CNN.

MSNBC was not included in this particular survey. 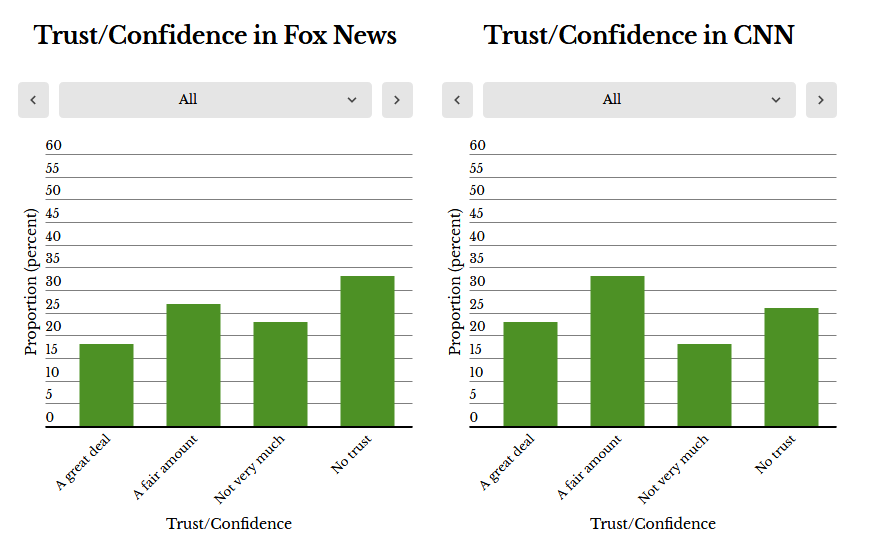 Additionally, Poynter found that 42 percent of Americans surveyed believe the news media fabricate stories frequently, slightly down from 44 percent in Poynter’s November 2017 survey. (Which is still an alarmingly-high number if you ask me!)