Morning Consult surveyed more than 300,000 Americans over the past three months to find out which American brands were the most politically divisive among Democrats and Republicans.

As one might have guessed, media outlets comprise the overwhelming majority of the the top 15 most divisive brands.

Fox News is less divisive than CNN, but not by much. It has a 43 percent unavailability rating among Democrats, second-highest percentage among the brands measured.

NBC News is seen quite favorably among Democrats.

Other news media outlets in the top 15 “most divisive brands” among Democrats and Republicans include The New York Times, MSNBC, ABC News, CBS News, The Washington Post, HuffPost and Time magazine, all of which are seen more favorably by Democrats than Republicans.

The exception being Fox Business Network, which is seen far more favorably by Republicans than Democrats. 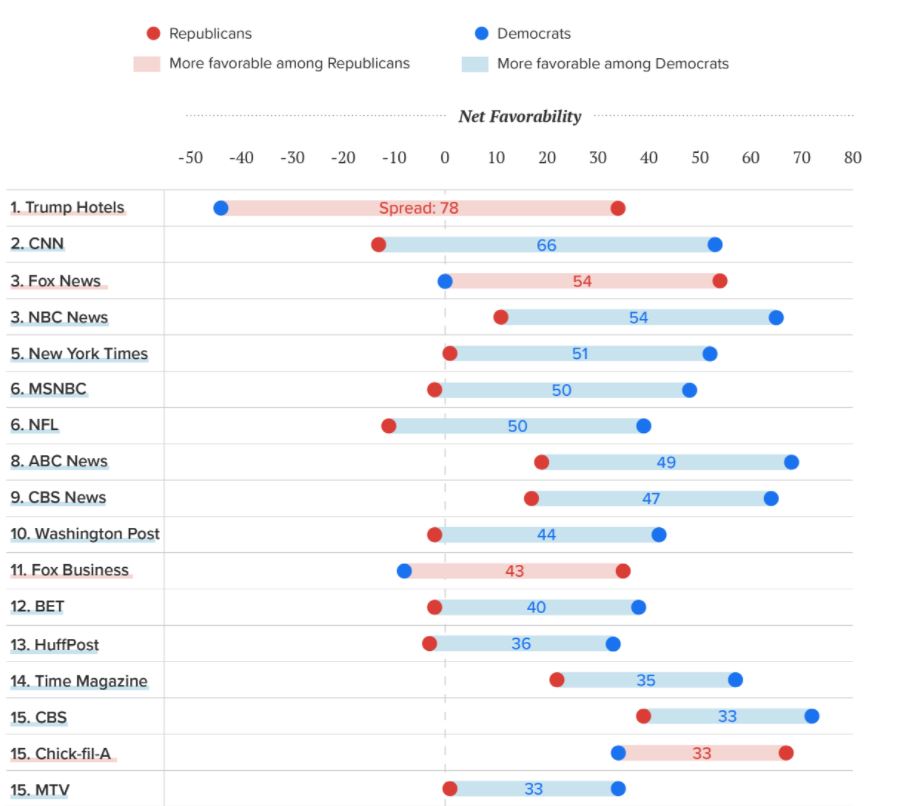