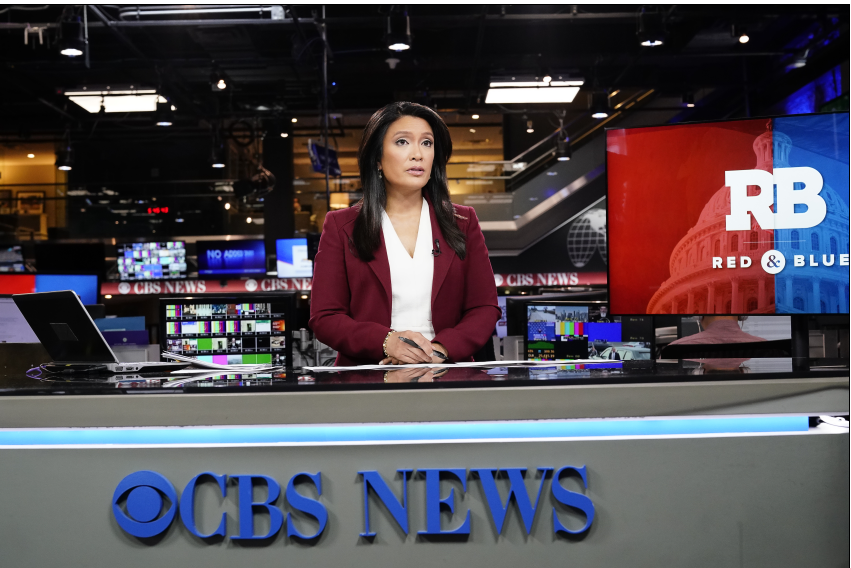 As the broadcast networks juggle covering the election and the pandemic this year, their respective streaming news platforms also have their hands full as Election Day approaches next week—and viewers are increasingly flocking to those digital outlets.

CBSN, which launched in November 2014, set the standard for broadcast streaming news services, and continues to see viewership growth as we head into the 2020 election. The nine months of 2020 are now the top nine all-time months for streams on CBSN, and March 2020, when the first wave of the Covid-19 pandemic began to sweep through the U.S. in earnest, stands as CBSN’s No. 1 month, with more than 100 million streams.

But CBS News 24/7 streaming platform has company these days. ABC News’ streaming service, ABC News Live, has built up its daytime and evening programming this year. Its lead anchor Linsey Davis hosts a prime-time news show on the streaming service, ABC News Live Prime, and she will anchor 7 p.m. election night coverage on the streamer, before moving over to the ABC TV network to co-anchor ABC News election night with George Stephanopoulos and David Muir.

NBC News Now has averaged 10 million viewers per month in 2020 to date.

To understand more about the growth of streaming news over these past four years, and how each service has had to adjust its coverage since the pandemic began, we caught up with some of the most prominent figures in streaming television news: ABC News Live senior ep Justin Dial, ABC News Live ep Katie den Daas, CBS News digital evp and gm Christy Tanner, CBSN anchor Elaine Quijano (who has been the face of CBSN political coverage since its launch) and NBC News svp of editorial Janelle Rodriguez, who is the executive in charge of NBC News Now.

TVNewser: How has your streaming service adjusted its coverage since the pandemic began?

Dial: Since the pandemic began, ABC News Live grew its daily output of original programs, live event and breaking news coverage, specials and documentaries. We’ve added two original programs to our daily schedule (ABC News Live Update and Your Voice Your Vote: The Breakdown; ABC News Live Prime launched before the pandemic), streamed two revealing documentaries (Guardians of the Amazon and Homegrown Hate), produced four original specials (America’s Future: The Power of the Latino Vote, Launch America, Pride on ABC News Live, and Countdown to the Emmys) and of course provided live coverage of events and breaking news from the confirmation hearings to the death of RBG to protests in the wake of George Floyd and the March on Washington.

Rodriguez: Since the start of the pandemic, NBC News Now has gone to working nearly fully remotely and at the same time expanded our live coverage and new, original programming. We’ve increased the frequency of our specials that have focused on everything from the Covid crisis to the economy, jobs and small businesses and climate change to the country’s racial unrest.

NBC is the network best equipped to handle providing news coverage across broadcast, cable, streaming and digital in the middle of a pandemic and during the busiest election cycle because we have the benefit of having a deep bench of correspondents and reporters to report across all those platforms. We are able to take advantage of all of them to bring our viewers to the ground where the stories are happening.

Tanner: Everything is now remote and the majority of our team will be remote on election night. We plan to provide the same level of coverage that we’ve been providing, but with most of our team working remotely.

Quijano: Obviously we’re mostly working from home with just a few personnel in the Broadcast Center. That means meeting by Zoom, a lot of phone calls, and it means having to cover the home studio technical aspects on my end, which is new. But I am extremely impressed by the speed with which CBSN was able to go entirely remote and get us all the gear we needed, with a fully virtual control room set up within weeks of the shutdown. It was remarkable to think about how we did this on a technical front. What that’s also meant, since we can’t meet in person and I can’t walk up to someone’s desk, is that I’ll reach out to producers by phone and our chats are that much more important.

We managed to figure out the remote workflow pretty quickly. We’re used to rolling with the punches, so that’s helped us. Obviously no one could foresee the pandemic, but, for instance, if someone’s Skype or Zoom goes down during an interview, or there are any tech challenges, these are things we’ve dealt with before, and we are very much able to turn on a dime and keep moving forward. We were well poised for that. Before the pandemic, we were doing Skype interviews and getting access to people in those ways that didn’t show up on broadcast previously. In some ways, it’s a continuation of what we’ve always done and in other ways we just adjusted our workflow operations to fit our needs now.

How is the digital team working in conjunction with the broadcast team leading up to and on election night?

Tanner: As always, the two operations are inextricably intertwined. We work really closely on everything day in and day out, but especially for tent-pole events. We’ve been planning our election night coverage for a year, and we are taking everything we’ve learned previously streaming major tent-pole events, including CBS News’ Democratic Presidential Primary Debate in February, which was our No. 1 day ever for CBSN and resulted in a then-record month.

On election night, we are going to be streaming the linear feed on one of our national streams and we’ll be streaming a hybrid of CBSN and linear coverage on our main stream, where we’ll take the top of every half hour from the linear team at 1515 Broadway and then in the second part of each half hour we’ll have a mix of different guests providing insight, including our Local Matters experts, among others. This will also give us the flexibility to work closely with our network of 10 CBSN Local services in that second part of each half hour.

We’ll be paying close attention to what’s happening with our O&Os as well as our affiliates as the evening goes on should there be major breaking news in any of those locations. As closely as we’ve worked with the broadcast side on national news, we also have been working as closely with our counterparts at local O&Os to plan our coverage for the night.

den Daas: We’re all rowing in the same direction and acting as one unified team. It’s as if our resources have doubled, which will only help us on election night and in the days after so we’re always operating with a fresh and recharged staff. We’ve been operating like this since Super Tuesday and we’ve been working together on all of the big special events that aired on the network since then.

Rodriguez: We work seamlessly with the broadcast teams in everything we do. We’re able to cross-utilize correspondents for live coverage and dip into network special coverage as needed.

Will the digital feed be providing its own, separate coverage on election night, will you be simulcasting the broadcast feed, or a bit of both?

Dial: ABC News Live is kicking off its live, around-the-clock coverage beginning at 7 a.m. ET when the polls open on Tuesday. That will be separate leading up to when our team will join forces with the broadcast special events team to produce the same special prime-time coverage. ABC News Live will be in a position to remain live to cover breaking developments overnight and into the day/days after the election.

Rodriguez: We’ll be taking advantage of all the resources of NBC News, including streaming network special coverage.

How has streaming news coverage changed from 2016 to now?

den Daas: One of the major differences in streaming in 2016 versus 2020 is the increased size of the streaming audience. We have a massive potential audience when you take into account all of the different platforms and devices ABC News Live is now distributed on including The Roku Channel, Hulu, YouTube TV, SlingTV, Xumo, fuboTV, Samsung TV Plus and more, and we’re seeing in our data that people are streaming news.

In terms of coverage, what’s new this year for us is we’re really investing in presenting around-the-clock streaming coverage from across the country and giving context and analysis to the day, where things stand during a given moment and where do we go from here. 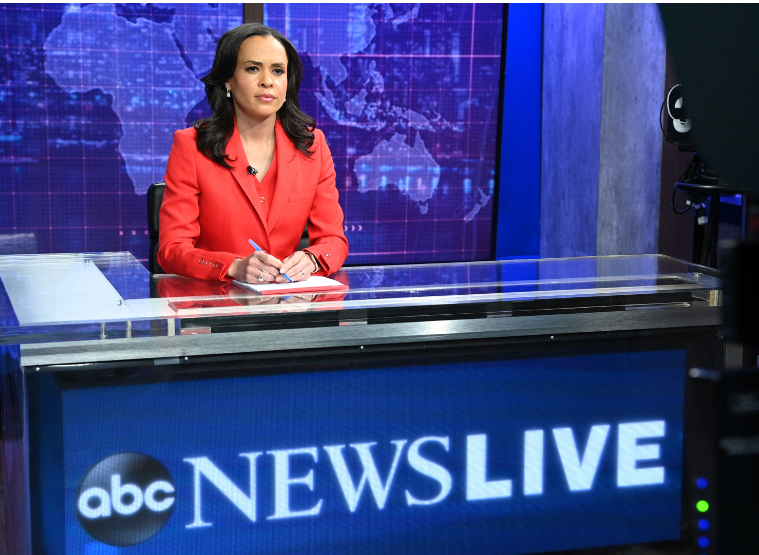 Tanner: We’ve now launched 10 CBSN Local services in major markets across the country, starting with CBSN New York in 2018, and are also distributed in 89 countries globally on different apps, services and devices. We’re reaching a much wider audience than we were reaching four years ago, but that hasn’t changed our commitment to nonpartisan, fact-based coverage.

Quijano: One of the things that’s ostensibly different is we did not have our daily politics show Red & Blue in 2016. In fact, the show was born out of the 2016 experience. For me, it’s been great to have a place where, for that concentrated amount of time Monday-Thursday, we are able to go deeper on some of the issues that ordinarily, during regular coverage throughout the course of the day, we might not have the opportunity to go deep in. For instance, looking at a particular swing county in a swing state or a particular demographic and what might be happening with that demographic. It’s not that we don’t do that in different dayparts, but for me, in the lead up to Election Day, it’s been incredibly helpful for all of us and viewers to get that different perspective and understanding from different reporters like Caitlin Huey-Burns, who has just been indefatigable in pursuing every angle she can, along with her producer Sean Gallitz.

[Huey-Burns] is on the road and is able to give people more granular detail in a way that is different, with all the other news happening in the world. For instance, she was in North Carolina on Tuesday in one early voting location, and talked about how the enthusiasm from voters was so high that they had to add 15 more ballot boxes at this location, and that’s just one location. We can help viewers understand why it might take longer to count votes on Election Day. That contributes to this fuller picture that I hope we’re providing for people—so when Election Day/night/week happens, it’s not a surprise because we have presented, hopefully, a detailed view and understanding of what these various local election officials are dealing with. For Red & Blue especially, we have a real opportunity to go into those kinds of minute details that our viewers hopefully find interesting—I certainly do—and will help us on election night itself.
< Previous Article
Next Article >
Advertisement
Advertisement
Get TVNewser delivered straight to your inbox
Advertisement