NEXT:Jonas Brothers Headline Today Show's 2019 Citi Concert Series
PREVIOUS:CNN Anchors 'Are Revisiting Stories and People That Have Had a Lasting Impact on Them' 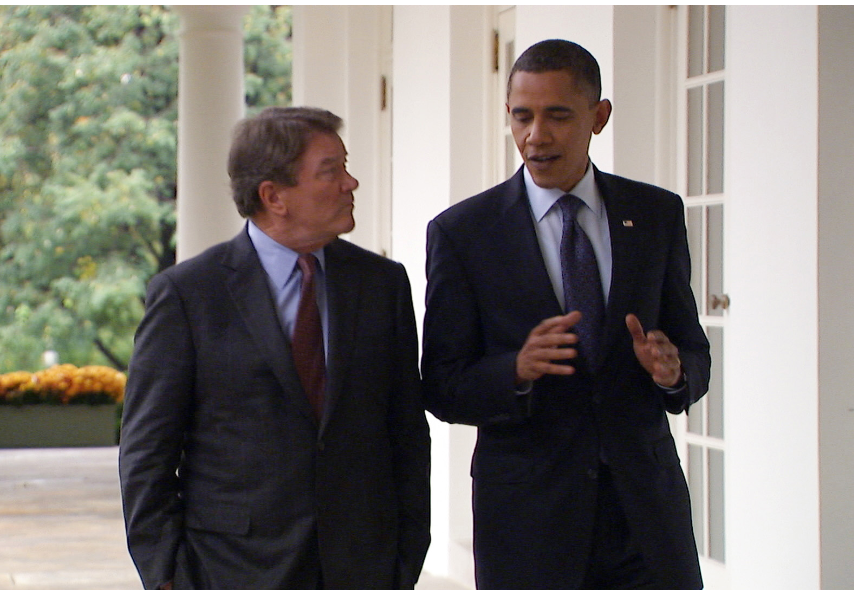 In case you haven’t gotten your fill on CBS News revolving door news, the network has now confirmed that Steve Kroft, a 60 Minutes correspondent for the past 30 years, is retiring from the program at the end of the broadcast season.

“Steve Kroft’s reporting for 60 Minutes has been as important as any correspondent’s in the history of this broadcast,” said 60 Minutes ep Bill Owens.  “Steve, with his sharp eye for detail, rich writing and demanding journalism, has set the bar at 60 Minutes for three decades.”

His last story about what could be the biggest money laundering scheme ever — will air Sunday on the show’s 51st season finale. He will announce his plan to step down at the end of the broadcast.

Kroft, who joined CBS News in 1980, is the longest-serving 60 Minutes correspondent.

Lesley Stahl, who joined 60 Minutes in 1991, becomes the show’s longest serving correspondent. Next season, she will presumably will be the first correspondent to introduce themselves at the top of each 60 Minutes broadcast, an honor that had most recently belonged to Kroft.

John Dickerson is joining the news magazine after completing his run as CBS This Morning co-host earlier today.

Kroft’s retirement comes during what has been an intense period of change for CBS News and 60 Minutes, going back to the exit of Charlie Rose in November 2017 through September 2018 and the departure of the newsmagazine’s executive producer Jeff Fager, amid sexual harassment accusations.

Susan Zirinsky took the reins from David Rhodes earlier this year, and installed Owens as executive producer. Owens had been the broadcast’s executive editor under Fager.

Kroft has filed nearly 500 pieces for 60 Minutes, and his interview with President-elect Barack Obama in a television event that drew over 25 million in November 2008 remains the largest 60 Minutes audience since 1999. He interviewed Obama 11 times as president, including days after the 2011 assassination of Osama bin Laden, and multiple times while he was running for Senate in Illinois and later, for president.

Additionally, Obama gave his final broadcast TV interview while in office to Kroft

He landed the only interview with Woody Allen during his custody battle with Mia Farrow. There was also his 1997 interview with Clint Eastwood, where Kroft asked the famed actor about Eastwood’s role as a father; he had seven children with five women. Was this not “somewhat unconventional?” asked Kroft. Eastwood wasn’t happy with those qustions.

“I kept thinking how long is this silence going to last and what do I do about it and how do I get out of here?” he said. “The thought crossed my mind that he might walk out. Clint has gotten a lot of mileage out of that look over the years. It’s very effective.”

Reporting on scams and government waste became a Kroft specialty.  He also had a penchant for turning complicated business stories into compelling television, exemplified by his investigations into the causes of the Great Recession of 2008. But his writing ability enabled him to succeed equally well in profiles and light features.  He received an Edward R. Murrow award last year for a story abpit an island off the coast of Scotland.

Kroft told The Hollywood Reporter -which broke the news of his retirement- that the says the story that had the most impact on him was an October 2001 report about financial firm Sandler O’Neill, which lost 70 people, a third of its employees, in the World Trade Center attacks.