NEXT:Geoff Bennett Will Continue to Anchor MSNBC's 2 p.m. Hour While Katy Tur Is on Maternity Leave
PREVIOUS:Wednesday, May 12 Scoreboard: Fox News Finishes No. 1 in Almost Every Hour 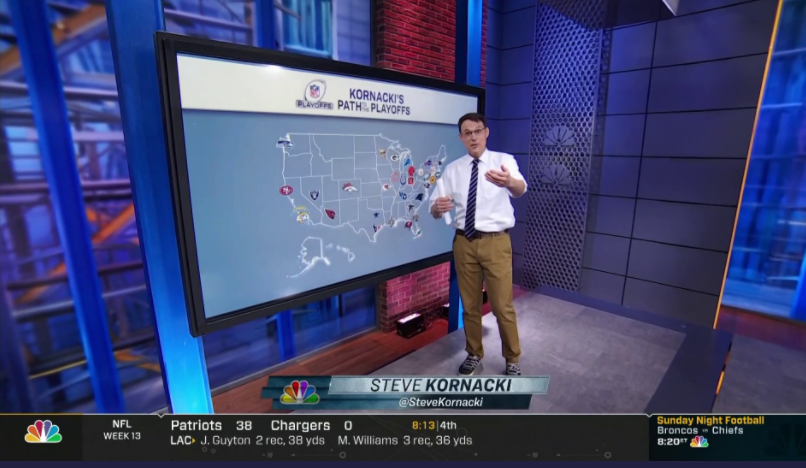 There is no midterm or presidential election this year, but NBC News national political correspondent Steve Kornacki is going to be have a lot on his plate anyway.

That’s because after 7 years covering every minute-by-minute development of campaigns and elections for NBC News and MSNBC, Kornacki will expand his role at NBCU to bring his analysis and insights to the entertainment, sports and streaming networks of NBCUniversal.

“Steve brings so much passion and genuine enthusiasm to his work, on top of his encyclopedic knowledge base, that it’s just impossible as a viewer not to share his interest and excitement,” NBCUniversal News Group chairman Cesar Conde said in a statement. “His interests really vary – so we’re fortunate to have a wider NBCU portfolio that’s equally dynamic.”

As part of Kornacki’s new four-year contract, the company’s Television and Streaming Entertainment group, led by Susan Rovner, will work closely with the TV newser to create and produce a game show that he will host. More details will be released at a future date about the show, but it will highlight his passions for stats, sports and politics.

TV news fanatics will recall Kornacki is a game show fanatic who used to host a game show segment on his former MSNBC weekend morning show Up! with Steve Kornacki. He even detailed his passion in a video from 2013 that explains how that segment began.

And following his appearances on NBC’s Football Night in America and his first-ever trip to the Kentucky Derby, Kornacki will officially join the NBC Sports team. He’ll join the team in Japan this summer for the Tokyo Olympics, and will also contribute to the network’s 2022 Beijing Winter Olympics coverage.

In November, Kornacki will appear on coverage of the richest two days in horse racing at the Breeders’ Cup World Championships. He will return to Football Night in America, and be part of the network’s coverage of Super Bowl LVI in February.

Additionally, Kornacki will serve as a contributor to the NBC Regional Sports Networks, breaking down the data as the NBA, NHL, MLB and NFL seasons head to the playoffs.

Kornacki, who been an MSNBC contributor since 2010, previously co-hosted The Cycle, Up on weekend mornings, and was Chris Matthews’ primary fill-in host on Hardball.