NEXT:Shep Smith Says Goodbye to Fox News Audience, Hopes 'Facts Will Win the Day, That the Truth Will Always Matter, That Journalism and Journalists Will Thrive'
PREVIOUS:Scoreboard: Thursday, Oct. 10 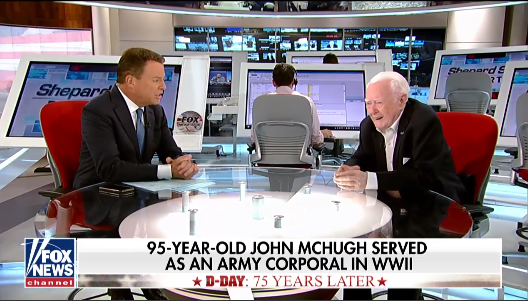 The social media reaction to Shepard Smith‘s departure from Fox News today has been quick, and many in the news industry are stunned; including his own colleagues.

I’ve always said there is nobody better at breaking news than Shep Smith. He has always done great things and I know he will continue to do so. Looking forward to seeing Shep crush it in whatever he does next.

.@ShepNewsTeam is leaving @FoxNews. Hard to imagine life here at 1211 without Shep. He is a friend to us all, a highly talented newsman, whose coverage all these years here is a great legacy. I’ll miss you, Shep and wish you all the best.

.@ShepNewsTeam Shepard Smith just dropped a bomb. After 23 years at @FoxNews , he announced he is leaving the network. He was part of the glue that held Fox together. He is a supreme pro who made us all better.

I first worked with Shep on my first assignment at @FoxNews almost 23 years ago. It was a total shock today to find out he’s leaving. He anchored breaking news -fast-moving events —better than anyone. I wish him well in whatever lies ahead

He was also the first to bring me into his office when I was diagnosed with MS and asked “how can I help, JD?” It’s a sad day for all of us. I love you, Shep. Thank you for making us all better broadcasters, and giving me the greatest opportunity to be a part of your show. ❤️

Shep has always been a role model for me in this industry.

He unapologetically held those in power accountable, followed the facts and set the standard for how to cover breaking news.

Getting to work with him was a privilege and something I’ll cherish for my entire career.

Neil Cavuto addressed Smith’s announcement just minutes later, at the top of the 4 p.m. hour. He was stunned like everyone else, and sang his now ex-colleague’s praises:

Good luck, Shep! Sure you have many opportunities waiting! https://t.co/gmPUcCRZKJ

As expected, Pres. Trump weighed in, and decided to knock Smith’s ratings.

Fox is worse off without Shep Smith.

Shep Smith was an original member of Fox News, back in 1996.

Today, he stepped down effective immediately.

He’s an incredibly talented anchor, and I’m very curious to see what he does next.

.@ShepNewsTeam is as good as they come.

When the Russian interference angle was emerging, he was UNAFRAID, imploring reporters to “give me as much help as you can to understand this,” get to the bottom of it.

His commitment to truth has bright light at @FoxNews https://t.co/78rTMSCJDi

Has anyone seen Chris Wallace? https://t.co/TfMtDbrLmh

Something is happening here. https://t.co/eaK7AJ2JRw

Our profession will miss Shep Smith(@ShepNewsTeam). Legitimately fair and balanced. Doubt he’s off the field for long.

Bad day for those who respect and value factual, courageous reporting. You will be missed, @ShepNewsTeam.

News that Shepard Smith is leaving Fox News is a bombshell in the world of television journalism. Smith has been a pro and a straight shooter as a reporter and anchor. His departure suggests a bigger story, but I wish him well in his future pursuits.