NEXT:Univision Has Totally Revamped Its Morning Show, Despierta América
PREVIOUS:NBC News' Streaming Service Will Be Known as NBC News Now, and Is Launching in May 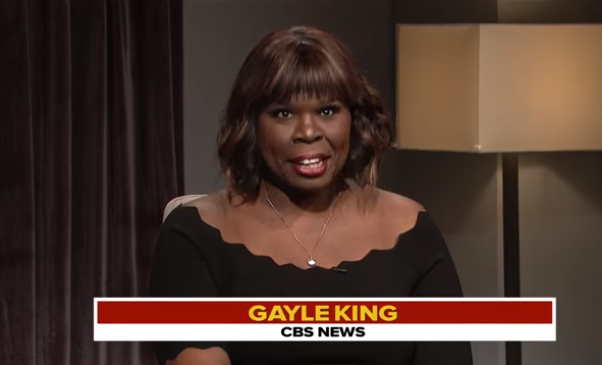 SNL consistently tackles the pop culture story of the week in its cold open, and last night, it covered the spoofed the Gayle King-R. Kelly interview from earlier this week on CBS.

The interview was Kelly’s first since he was arrested on 10 sexual abuse charges.

King, portrayed by Leslie Jones, said this particular scene was from the CBS News special that aired on CBS the previous night (Friday). Chunks of the interview originally aired both on CBS Evening News and CBS This Morning earlier in the week (Wednesday).

It’s not often SNL spoofs a show on a competing network, but… 2019!

Jones did an admirable job in portraying King, while Kenan Thompson was hysterical as R. Kelly.

CBS put out a press release last night announcing that the network’s Friday prime time special –officially named The Gayle King Interview with R. Kelly– was No. 1 in the Friday 8 p.m. hour. It also posted the time period’s best adults 25-54 delivery for CBS since August 18, 2017 (a Big Brother special).