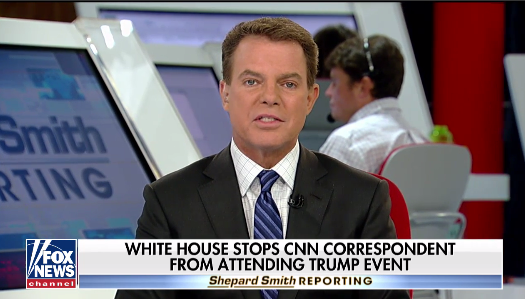 The always-eloquent Smith has been critical of the Trump White House, has stood up for CNN and the free press on numerous occasions, even before Trump became commander-in-chief. Smith stood up for Collins after the administration barred the White House reporter from covering an open press event yesterday in the Rose Garden.

Smith gave his thoughts on the situation for more than 5 minutes, even bringing up his former Fox News boss and “my personal friend” Bill Shine, who has named Trump’s deputy chief of staff for communications earlier this month.