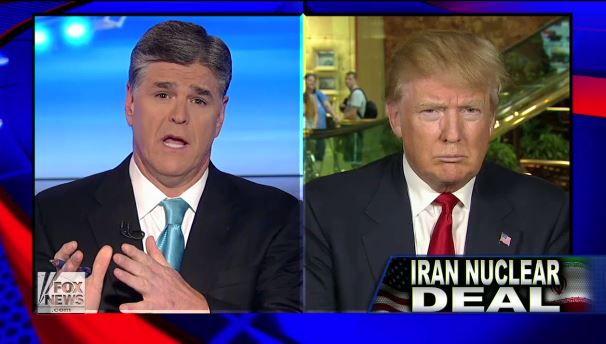 Sean Hannity won’t be interviewing Pres. Trump after all on Wednesday.

Fox News announced the interview over the weekend, but, in a statement this afternoon, said, “Given the breaking news of the tragic mass shooting in Las Vegas, Hannity’s interview with President Trump this Wednesday, October 4th has been cancelled.”

“We will be in touch on whether the interview will be rescheduled,” Fox said.