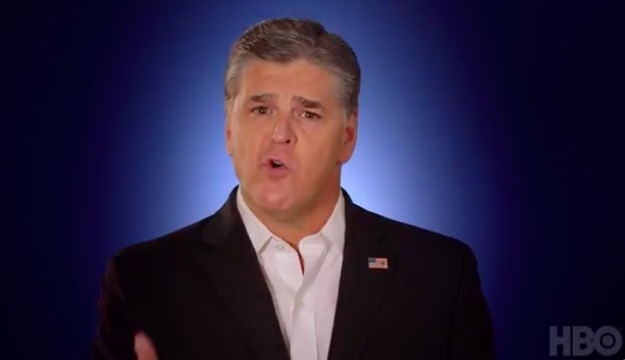 Sean Hannity would like his fans to stop smashing Keurig coffee machines.

Why would anyone smash Keurig coffeemakers in the first place? The company decided to pull its ads from Hannity’s prime time Fox News program over the weekend after controversial comments were made by the host during an interview last week with embattled Alabama Republican Senate candidate Roy Moore.

It’s a unique way of expressing one’s displeasure with the company’s decision.

Today on his radio show, Hannity made a plea to his fans to stop smashing the machine after the brand’s CEO apologized to his employees for how the decision was announced, via Twitter.

“I accept the apology of the Keurig CEO,” Hannity said on his program, even though the CEO didn’t specifically apologize to him. “Frankly, I think they were victims of they group they knew nothing about. I feel sorry that they were dragged into politics.”

Here is an excerpt from Keurig CEO Bob Gamgort‘s internal note to staff, obtained by WaPo:

“This gave the appearance of ‘taking sides’ in an emotionally charged debate that escalated on Twitter and beyond over the weekend, which was not our intent. Clearly, this is an unacceptable situation that requires an overhaul of our issues response and external communications policies and the introduction of safeguards to ensure this never happen again. Our company and brand reputations are too valuable to be put at risk in this manner. I apologize for any negativity that you have experienced as a result of this situation and assure you that we will learn and improve going forward.”

Hannity also said he will replace the Keurig coffee machines smashed by his supporters, and expressed concern that backlash to Keurig’s tweet could hurt the company and its employees.

Hold on to your coffee machines @keurig has recognized it got caught up & misled by a bigot. Still giving away coffee machines, which brand has yet to be determined. Stay tuned. https://t.co/Af1FUCa3Br

The group Hannity is speaking of is left-wing activist group Media Matters, and the “bigot,” according to Hannity, is Media Matters leader Angelo Carusone, who has called for all brands who advertise on Hannity’s program to pull their spots.

“Hannity defends child molester Roy Moore and then chastises the women that spoke out, reminding them the ten commandments say ‘thou shall not bear false witness,'” Carusone previously tweeted.