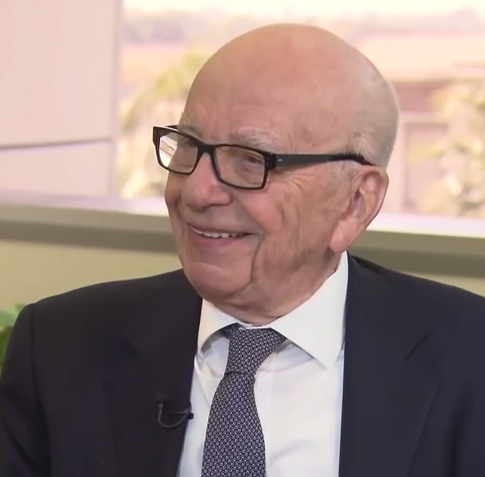 “I would like to thank the keyworkers and the NHS [National Health Service] staff who have worked so hard throughout the pandemic, and the amazing scientists who have made this vaccine possible,” Murdoch said in a statement. “I strongly encourage people around the world to get the vaccine as it becomes available.”

This transpired after he received a call saying he was eligible. According to a Murdoch spokesperson, “He has been isolating in the U.K. since the summer, with his wife Jerry Hall Murdoch.”

Since Murdoch is over 80, he falls into the second tier of vaccination priority groups in the U.K., along with frontline health and social care workers.

According to The Guardian, which broke the news, Murdoch arrived to the local doctor’s office with a cavalcade of Range Rovers, and the vaccination center’s hours were reportedly extended at the last minute to cater to Murdoch.

The day after Murdoch made the statement “strongly” encouraging people to get the vaccine, Fox News prime time opinion host Tucker Carlson encouraged viewers during his Thursday broadcast to be skeptical about what he called the “marketing campaign” to get people vaccinated, bringing up the example of a health care worker in Alaska who had a negative reaction to the vaccine, but responded to standard treatment quickly.

“So, how are the rest of us supposed to respond to a marketing campaign like this? Well, nervously,” Carlson said. “Even if you’re strongly supportive of vaccines, and we are, even if you recognize how many millions of lives have been saved over the past 50 years by vaccines, and we do, it all seems a bit much. It feels false, because it is. It’s too slick.”

A Fox News spokesperson did not respond to a request for comment on Carlson’s statement.