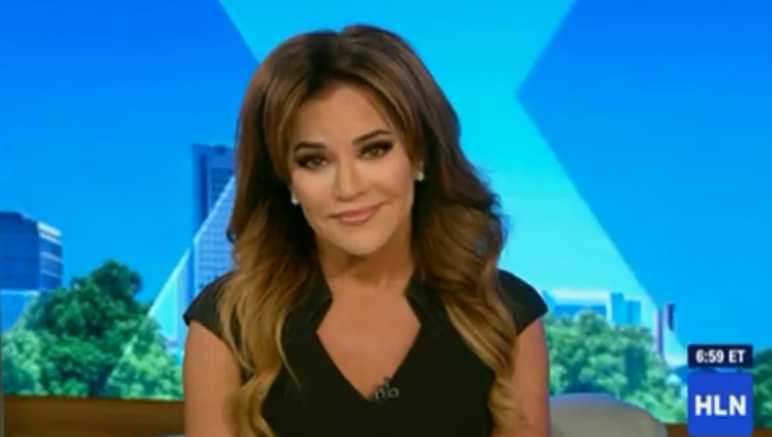 As part of last week’s layoffs, CNN announced that sister brand HLN was ceasing live programming. As a result, Morning Express with Robin Meade was forced to conclude today after more than 21 years on the air.

Meade has been an informative, upbeat and consistent presence in the mornings on a network that has been anything but consistent over the years. HLN has undergone tons of transitions  — from launching in 1982 as CNN2 and then Headline News, to true-crime-focused content like Forensic Files, to live dayside news programming led by personalities like Ashleigh Banfield, S.E. Cupp and Carol Costello, and back to mostly true-crime content the last several years. Through it all, Meade has been the face of HLN for more than half of its existence, having joined the network on Sept. 11, 2001. She is the longest-tenured female host of a national morning show.

That legendary run came to an end today, and she said goodbye to her colleagues and her audience Monday.

Meade gave an extended shoutout to and thanked her Morning Express on and off air colleagues, all of whom appeared on camera for the goodbye segment.

“Doing this show, with you, has been the joy of my life,” Meade told her staff, adding, “and my biggest concern is for my colleagues that they land on their feet and I wish I can make this change less scary.”

She then addressed the viewers: “To you: Maybe you’re at home or listening on the radio or you’re watching on the treadmill. Thank you for letting us start your day all these years. Thank you for letting this kid from a middle of a cornfield do something beyond her wildest dreams. You’re my first thought in the morning and my final thought before I fall asleep. I felt protective of you and I hope you felt like you had a guardian on patrol for you each morning.

I’ve heard that you mourn something when it passes, either because you feel guilty for leaving something unresolved, or you mourn because you truly appreciate something for what it was. The emotions this morning are of appreciation for you and for this 21-year run. You will always be my morning sunshine.”

Here is HLN anchor @RobinMeade‘s sign off, thanking the staffers, bosses and viewers. “You will always be my morning sunshine.” Round of applause from the team. pic.twitter.com/oRMdshC6aY