NEXT:Gayle King Would Have Left CBS News Had Susan Zirinsky Not Been Named President
PREVIOUS:Fox News on Sexual Harassment Allegation Filed Against Tyrus: 'We Have Independently Investigated and We Consider the Matter Resolved' 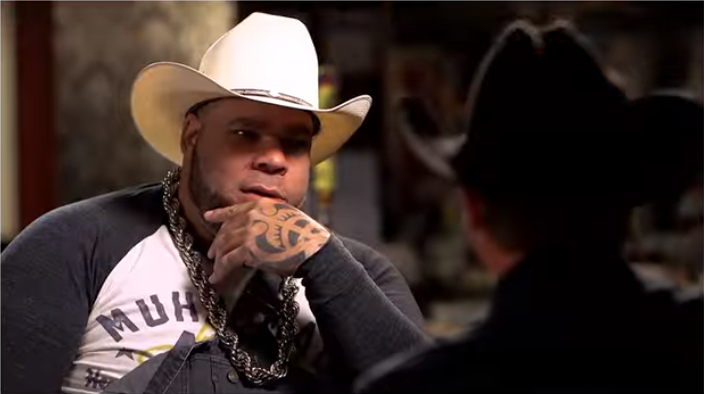 The Daily Beast reported this morning that Fox Nation management had already been made aware of a sexual harassment complaint filed against the highly-promoted Fox Nation personality. However, he is still employed by the streaming service and appeared on Greg Gutfeld‘s highly-rated Saturday show this past week.

Last week, the outlet reported that Tyrus was taken off of the Fox Nation show he co-hosted with McHenry, Un-PC, after an unspecified personal dispute with her.

The outlet also reports that the dispute centered around McHenry’s contention that Tyrus had, on multiple occasions, sent her unsolicited texts with gross, sexual comments.

On May 23, Fox Nation announced that McHenry would continue as co-host of the hot topics program UN-PC, now alongside Tom Shillue. Tyrus was given his own Fox Nation show, Nuffsaid.

The debut of Nuffsaid was supposed to coincide with a number of new programming made available to Fox Nation subscribers beginning today. That still seems to be the case.

Nuffsaid is a one-on-one style interview show, where the hosts sit down with prominent names such as with Fox News regular John Rich of the country music act Big & Rich, baseball icon Cal Ripken Jr., Mayor Glen Jacobs (aka. WWE superstar Kane), and Snoop Dogg, among others.

It remains to be seen whether Tyrus will continue to appear on the streaming service or across Fox News programming in any capacity going forward in light of this report.

When reached for this story, a Fox News spokesperson told TVNewser: “We don’t comment on internal matters.”

“While we are not at liberty to discuss the details of any employee matter, we follow strict protocols when matters such as these are brought to our attention, and we make no exceptions. The process works because of the extensive systems and measures we have instituted. This situation was independently investigated and we consider the matter resolved. We respect the confidentiality of all involved.”