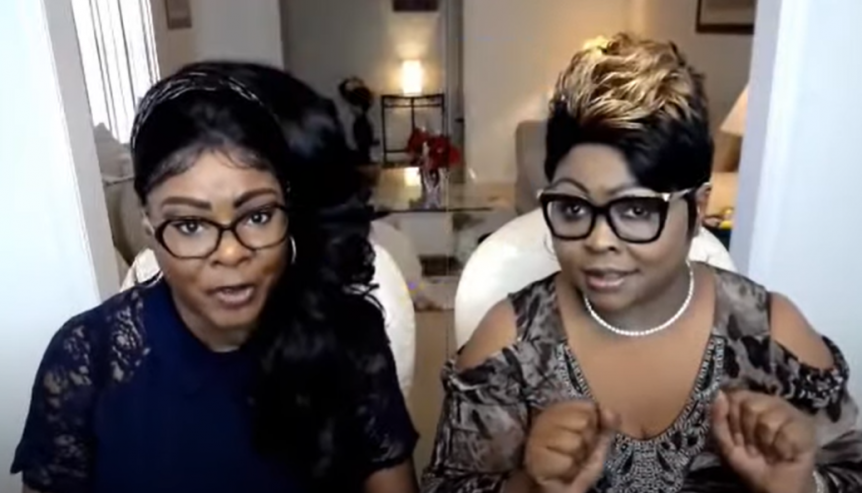 Fox News has reportedly had enough with Fox Nation contributors Diamond & Silk, and cut ties with the duo.

This is according to a report in The Daily Beast published Monday.

“After what they’ve said and tweeted, you won’t be seeing them on Fox Nation or Fox News anytime soon,” a source with knowledge of the situation told the Daily Beast.

Fox News has not commented on the report.

Up until April 7, Lynette “Diamond” Hardaway and Rochelle “Silk” Richardson had been providing weekly videos on Fox News’ streaming service Fox Nation. Their videos started appearing on the service not long after the platform launched in late 2018. Diamond & Silk also occasionally appeared on Fox News opinion shows during that time. The siblings last appeared on Fox News on March 6 and FBN on March 7.

They are huge supporters of President Trump (who is a fan of their’s) and have been pushing conspiracy theories with increasing frequency in recent weeks, which likely led to their departure from the streaming service.

On April 8, a day after their most recent Fox Nation episode was posted, Twitter removed one of their tweets for violating its rules against Covid-19 misinformation. The tweet called for people to expose themselves to the virus.

“Quarantining people inside of their houses for extended periods will make people sick!” they wrote.

They’ve also promoted the conspiracy that 5G technology was being used to infect people with the virus.