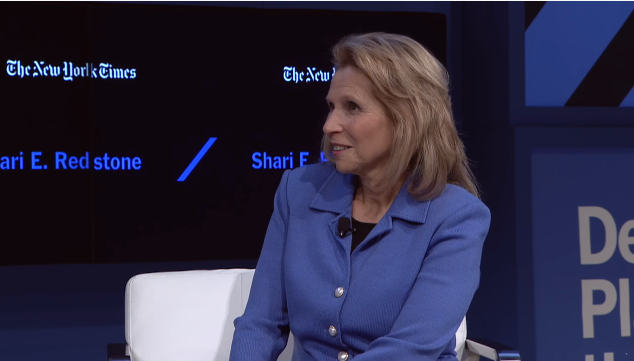 CBS-Viacom vice chair of the board Shari Redstone has been exploring a plan to launch a conservative television network to rival Fox News, according to The Hollywood Reporter.

The conservative media landscape is already littered with outlets, but none come close to rivaling Fox News in ratings, distribution and profit over its two-decade run.

What makes Redstone and Co. think they can go toe-to-toe with Fox News?

According to THR, Redstone sees an opening for a new conservative-leaning network as the audience for television news grows older and more conservative and Trump and some of the president’s fans express disenchantment with Fox News.

The outlet would also have a streaming component, reports THR. Pluto, which Viacom acquired in March for $340 million, would be re-branded as a streaming conservative news and opinion channel. However, a source told THR that the idea for a conservative network was really in the works before the Pluto acquisition.

If Redstone’s right-leaning network does indeed become a reality, THR reports that it probably wouldn’t launch before Viacom and CBS close their merger and become ViacomCBS.

It’s also being reported that Redstone has approached current and former Fox News personalities about such a plan, and has spoken with former NBC News host Megyn Kelly. The former Fox News and NBC Newser is appearing on Tucker Carlson’s 8 p.m. Fox News program tonight. In addition to speaking about the current NBC scandal, perhaps Carlson will ask Kelly about this particular report.

For what it’s worth, Viacom is denying The Hollywood Reporter’s story, doing so in a statement to Deadline reporter Ted Johnson: “Viacom has no intention of launching a TV news channel, conservative or otherwise.”