NEXT:Friday, Feb. 28 Scoreboard: Tucker Carlson Was Most Watched, While The Five Was No. 1 in Adults 25-54
PREVIOUS:Two Minutes Into Tonight's Hardball, Chris Matthews Quit MSNBC 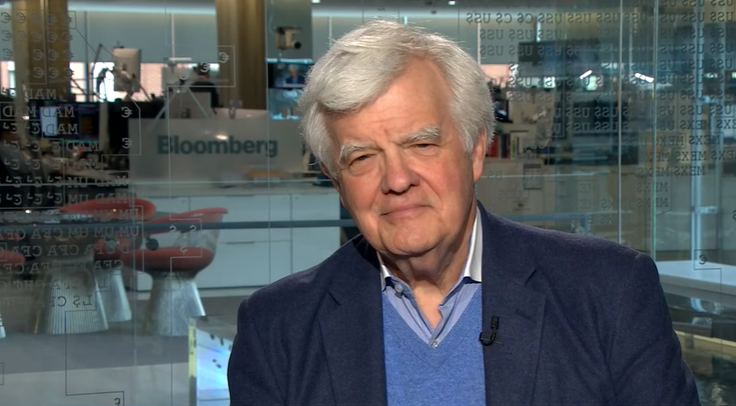 Another veteran media personality has been accused of harassment.

Former Bloomberg News Washington editor Al Hunt has been accused over the course of years by multiple Bloomberg staffers, former and present, of giving unsolicited massages and “verbally berating” employees for minor infractions.

This is according to a weeks-long investigation conducted by Business Insider. Their story was published today.

BI’s investigation into Hunt’s past behavior at Bloomberg News involved interviews with more than 40 current and former Bloomberg LP employees, and despite at least two financial settlements with women who complained about his behavior, Hunt continued in his position for years. Business Insider was not able to confirm specific details of the settlements.

We reached out to Bloomberg News for comment on allegations outlined in Business Insider’s story, and will update this item if/when we hear back.

Hunt spent 13 years at Bloomberg News. He joined the company in 2005 after decades as a reporter and editor at The Wall Street Journal. He ran Bloomberg News’ Washington bureau as executive editor for 7 years. In 2012, Hunt moved from his role overseeing political coverage in D.C. to become a columnist for Bloomberg’s opinion section, where he remained until departing the company in 2018.

Seven different women told Business Insider that they saw Hunt frequently walk up behind a female co-worker seated at her desk and begin rubbing her shoulders without warning. “I remember seeing his hands move pretty rapidly between her shoulders and her arms,” one former employee recalled. “His hands were all over her.”

One time he reached out to hold a female employee’s hand, according to a person who witnessed the event. When she thrust it into her pocket to remove it from his reach, the person said, Hunt simply slipped his hand into her pocket as well and held it there. Another time he slapped a woman’s bare thighs several times and dared her to tell human resources, according to a person who witnessed it. In another case, he put his hand on a woman’s shoulder and left it there, according to the person.

Hunt pushed back at these allegations, telling Business Insider in a statement:

“There never was a propensity to touch women in inappropriate ways. The shoulder rub charge is wrong. There was one incident in which I was talking to a group of political reporters and apparently put my hand on the shoulder of a reporter sitting in front of me; NOT rubbing her neck, putting my hand on shoulder while talking to other reporters. She spoke to HR about it, who looked into it, spoke with reporters present and concluded there was nothing inappropriate and thus no need to inform me. I only was told about this several years later.”

Hunt was allegedly known to favor an exclusive group of women at Bloomberg that some employees referred to as Al’s Angels. According to people who spoke with BI, Al’s Angels received the best reporting assignments, invites to meetings with powerful Washingtonians, and in at least some cases, even career advancement.

However, not all of Hunt’s former colleagues recall him acting in such an inappropriate manner. According to BI, “Several described him simply as a 60-something man accustomed to working in a newsroom under the norms of a bygone era. These people point out that the accusations against Hunt do not rise to the level of the sort of sexually predatory behavior that Charlie Rose and Harvey Weinstein have been accused of. One person said that accusing Hunt of giving ‘massages’ was misleading, saying that he would simply place his hands on people’s shoulders.”

Former Bloomberg and CBS News correspondent Julianna Goldman is one of Hunt’s former colleagues that’s going to bat for him, on-the-record.

“Al Hunt is both a mentor and a friend,” Goldman told Business Insider. “He has been a champion and advocate for me throughout my career as well as countless other women who have excelled professionally across some of the most prestigious news organizations. I never felt he treated me inappropriately.”