NEXT:60 Minutes Is Posting Year-Over-Year Ratings Growth, and Airing New Episodes Through June 28
PREVIOUS:Wednesday, May 20 Scoreboard: Hannity Is No. 1, Followed by Tucker Carlson, Laura Ingraham and The Five 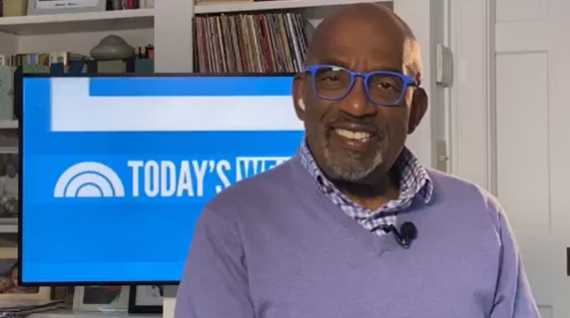 If you’re like us, you’ve been watching a lot of TV news lately and silently judging which anchors, correspondents and pundits have the most interesting remote setups.

There’s one team that has emerged as the top arbiter when it comes to Zoom/Skype call backdrop, and that’s the two-person team who run the @ratemyskyperoom Twitter account (also known as Room Rater).

The account, launched by Claude Taylor and his girlfriend Jessie Bahrey only 45 days ago, has become a phenomenon in TV news circles. Sporting a cult following of nearly 200,000 fans, @ratemyskyperoom has media personalities fiending for high marks from the discerning duo, with “0/10” being the worst, and “10/10” being the best.

We hopped on the phone with Taylor, who told us, “We’re just looking to create some lighthearted content for ourselves and perhaps for other people, and folks seem to be enjoying it.”

Which TV newsers have the best rooms? Today show co-host Al Roker was one of the first names that came up. “Roker had a really nice room,” said Taylor. “There were just a couple issues we had with it, just a couple minor things. He acknowledged that and came back within about two days having made slight adjustments to his setup, and he just nailed it. It was just the best room ever. It was such a pleasure to give him the 10 out of 10 he so richly deserved.”

Things can get a bit heated between TV newsers, now fighting for the affection of the team at @ratemyskyperoom.

“In our little Twitter world, there’s a famous rivalry going on right now between John Heilemann and Steve Schmidt, who mostly appear on MSNBC,” said Taylor. “When it comes down to the competition between those two, it has mostly been about kitchens. Recently, Heilemann moved into the living room area, and just presented an amazing mid-century modern design room that had amazing modern art. He just nailed it.”

Alas, Warhol out of my price range, @ratemyskyperoom. For that, I’d need some of @SteveSchmidtSES‘s corporate consulting gigs. https://t.co/0GWqt5tnP0

Taylor also mentioned another NBC News/MSNBC analyst, former Missouri Senator Claire McCaskill. “She has a kitchen that a lot of people are fond of. She recently moved into the living room/dining room area, and that’s an amazing room,” said Taylor.

Although she has demurred when it comes to The Kitchen Wars, she makes a strong case for why women should rule the world. 10/10 @clairecmc pic.twitter.com/wMJoDwFS00

CBS This Morning co-host Gayle King gave a shout out to the account during a recent appearance on The Late Show with Stephen Colbert.

Great yellow. Art is tops. Love the view through arch. Thanks for the shoutout. 10/10 ⁦@GayleKing⁩ pic.twitter.com/K1IqyaayCE

Here are some more ratings from the team:

Wow. Either a different angle or rearrangement of an already beautiful room. And a well-placed succulent. 10/10 @IAmAmnaNawaz https://t.co/ugOLRLXdbE pic.twitter.com/uOaYQRH0Bx

One news organization, however, is largely absent from Room Rater: CNN.

” CNN is sort of a technical issue because they use very little in the way of full-frame use of their guests’ rooms,” Taylor said. “They might do it for a second, but then they usually go to a split-screen with Erin Burnett and whomever, or Anderson Cooper and whomever. We don’t really need a full-frame presentation. CNN doesn’t get reviewed very often I’m finding, just because they don’t show us the full frame, and the split screen is just impossible to work with.”

Want to get more love from @ratemyskyperoom, CNN newsers? Make sure you have that setup fixed.