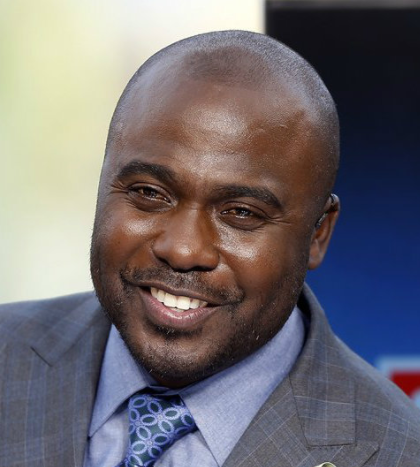 Mounting allegations of sexual harassment against personalities from Hollywood, entertainment and news media has now reached the world of sports television.

The trio of analysts were named in a lawsuit by former NFL Network staffer Jami Cantor, who worked as a wardrobe stylist with the network from 2006 until her dismissal in October.

Cantor originally filed a wrongful termination suit against NFL Enterprises in Los Angeles Superior Court back in October. Deadspin posted a copy of Cantor’s original lawsuit, which mentions sexual harassment, but it does not name any names or describe any incidents in detail.

But on Monday, Cantor filed an amended and more detailed complaint, and it is quite graphic.

The NFL, which has undergone more than its fair share of scrutiny this season and has its playoffs on the horizon, happens to own the NFL Network.

“Marshall Faulk, Ike Taylor, and Heath Evans have been suspended from their duties at NFL Network pending an investigation into these allegations,” NFL Network spokesman Alex Riethmiller tells TVNewser.

Weinberger, now president of Bill Simmons-owned sports and pop culture outlet The Ringer, has been placed on indefinite leave by the company.

In her amended lawsuit, Cantor said she received inappropriate and sexually explicit texts from Evans, McNabb, Taylor and Weinberger on separate occasions. Faulk, who was inducted into the Pro Football Hall of Fame in 2011, according to the lawsuit, groped Cantor and asked her “deeply personal and invasive questions” about her sex life.

“The supervisors knew about it, the supervisors observed it,” Cantor’s lawyer, Laura Horton, told The New York Times yesterday. “It was insidious in this particular environment.”

*Update: ESPN has announced that both McNabb and Davis will not appear on ESPN as the network investigates those harassment claims against them.