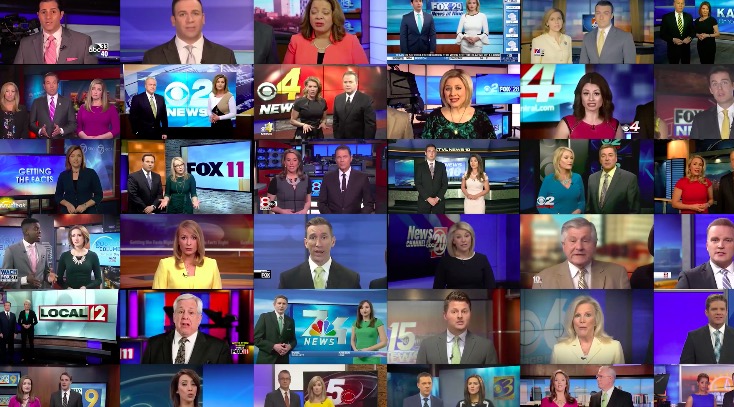 Many have expected President Trump’s FCC to eventually give the green light to Sinclair Broadcasting’s proposed acquisition of Tribune Media, despite what has been a rather lengthy regulatory review.

Well, it now appears that the $3.9 billion acquisition, proposed in May 2017, may not happen.

Federal Communications Commission chairman Ajit Pai announced this morning he has “serious concerns” about Sinclair’s acquisition of Tribune. This comes even after Sinclair offered to sell off 21 stations in an effort to finally gain approval. But apparently that wasn’t enough.

“Based on a thorough review of the record, I have serious concerns about the Sinclair/Tribune transaction,” Pai said in a statement. “The evidence we’ve received suggests that certain station divestitures that have been proposed to the FCC would allow Sinclair to control those stations in practice, even if not in name, in violation of the law.”

One of those stations, WGN America in Chicago, would have been sold to Baltimore area businessman Steven Fader, an associate of Sinclair chairman David Smith. (Full disclosure: Yours truly has ties to the Fader family)

Other issues with Sinclair’s plan that raised eyebrows at the FCC was its deals to sell stations in Dallas and Houston to Cunningham Broadcasting, a company with close ties to the Smith family.

Sinclair, America’s largest TV station owner with more than 170, would have owned and operated more than 200 local stations after the Tribune acquisition, including ones in the nation’s top seven markets.

The FCC’s comments come across as a win for Fox News and other conservative-leaning media outlets. Politico reported back in the spring that Smith was intrigued by the idea of a few hours of prime time opinion programming to challenge FNC. But that would have been a tough sledding, to put it mildly. Plus, there are already national media challengers from the right, including Newsmax TV and OAN.

I applaud Chairman Pai’s decision today to designate the Sinclair-Tribune transaction for further review and hearings. Clearly this decision is based on the facts and law  — specifically that Sinclair has not complied with requirements set forth by the FCC to promote diversity, localism and competition.

After a lengthy and fair process, Chairman Pai acted in a non-partisan manner in making this decision – a marked departure from the Commission’s partisan actions during the Obama administration.

Republicans, Democrats and those that are concerned about the concentration of media power should join me in commending Chairman Pai for his independence and integrity.

Sinclair chief revenue officer Rob Weisbord spoke with Adweek back in April about the status of the deal, saying, “It’s still alive. We’re waiting on the government to make their decisions. We are cautiously optimistic that something will be closed in the second quarter, but it’s all in the hands of Department of Justice right now.”