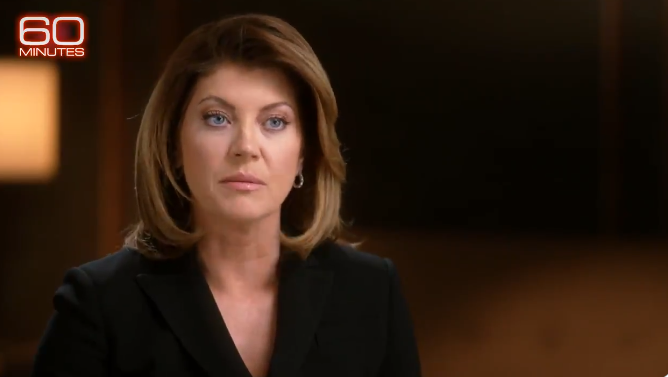 President Trump yet again berated 60 Minutes for its coverage of the Covid-19 pandemic. This time, he heavily criticized Norah O’Donnell and her interview with government whistleblower Dr. Rick Bright. He accused the show of trying to smear his administration.

Dr. Bright, the former Biomedical Advanced Research and Development Authority director who was recently let go, testified before the House last week that the Trump administration was slow to respond to the pandemic and pushed him out of his position for political reasons. Dr. Bright said he was opposed to using the anti-malaria drug hydroxychloroquine as a treatment for coronavirus. All of that prompted a whistleblower complaint which has now called into question the Trump administration’s overall handling of the pandemic.

“Dr. Rick Bright is the highest-ranking government scientist to charge the federal government’s response to the coronavirus pandemic has been slow and chaotic. He says it has prioritized politics over science, and has cost people their lives. … It has cost Dr. Bright his job,” O’Donnell reported as part of her 60 Minutes segment.

“We don’t yet have a national strategy to respond fully to this pandemic,” said Dr. Bright. “The best scientists that we have in our government who are working really hard to try to figure this out aren’t getting that clear, cohesive leadership, strategic plan message yet. Until they get that, it’s still going to be chaotic.”

Bright mentioned a Jan. 25 meeting where, he claimed he was the only one who said: “We’re going to need vaccines and diagnostics and drugs. It’s going to take a while and we need to get started.”

“I knew that all of the signs for a pandemic were present,” says government scientist Rick Bright. “It was just a matter of time before that virus then jumped and left China and appeared in other countries.” https://t.co/vEgWhfcD6r pic.twitter.com/oepCICNRO0

Trump, as predicted, responded by launching rhetorical attacks. He referred to O’Donnell as a “third place anchor” and accused the show of trying to “demean our Country.” He said Dr. Bright was a “Fake ‘Whistleblower’” who “fabricates stories” and “spews lies” and said the report was “incorrect.”

“I don’t know this guy, never met him, but don’t like what I see. How can a creep like this show up to work tomorrow & report to @SecAzar, his boss, after trashing him on T.V.,” he wrote.

.@60Minutes & third place anchor, @NorahODonnell, are doing everything in their power to demean our Country, much to the benefit of the Radical Left Democrats. Tonight they put on yet another Fake “Whistleblower”, a disgruntled employee who supports Dems, fabricates stories, &…

In addition to slamming O’Donnell, Trump went as so far as to ask ViacomCBS chairwoman Shari Redstone to “take a look” at the CBS News division.

….This whole Whistleblower racket needs to be looked at very closely, it is causing great injustice & harm. I hope you are listening @SenSusanCollins I also hope that Shari Redstone will take a look at her poorly performing gang. She knows how to make things right!

We reached out to CBS News for comment, and have yet to hear back.

It’s not clear what “take a look” entails. CBS News is indeed No. 3 behind ABC and NBC in the mornings and evenings, and has been for decades. However, 60 Minutes is regularly the most-watched nonsports program in prime time, and CBS Sunday Morning regularly dominates its competition, not to mention the strong ratings for 48 Hours.