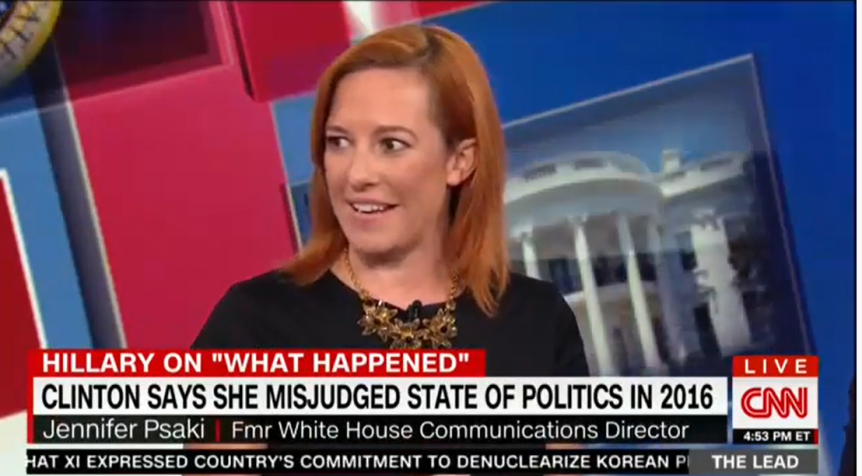 President-elect Joe Biden has named his senior press communications team, and for the first time, the original team is one that’s exclusively comprised of women.

Jen Psaki has been named White House press secretary, effectively becoming the face of the administration.

Psaki, who served as a CNN political commentator from 2017 up until October, took on a number of high-profile comms roles during President Obama’s two terms in office, including as White House communications director, after serving as State Department spokesperson for then-Sec. John Kerry, and before that as deputy White House communications director.

Honored to work again for @JoeBiden, a man I worked on behalf of during the Obama-Biden Admin as he helped lead economic recovery, rebuilt our relationships with partners (turns out good practice) and injected empathy and humanity into nearly every meeting I sat in.

Karine Jean-Pierre has been named White House principal deputy press secretary. In addition to being vp-elect Kamala Harris‘ chief of staff on the 2020 campaign trail, Jean-Pierre was a former top official with the liberal advocacy group MoveOn, and TV news junkies will certainly recognize her from consistent appearances as an NBC News and MSNBC political analyst in 2019.

Symone Sanders, a senior advisor to the Biden campaign, has been named senior advisor and chief spokesperson for the vp-elect. Sanders, like Psaki, is also a former CNN political commentator.

Elizabeth E. Alexander has been named communications director for the First Lady Jill Biden. Alexander was Dr. Biden’s spokeswoman when her husband was vice president. Before that, she was a federal prosecutor.