NEXT:Here's What TV Newsers Are Saying About the Jussie Smollett Saga
PREVIOUS:Fox News' Trey Yingst Forced to Leave His Reporting Location on Gaza Border Due to Rioters Tossing Grenades, IEDs 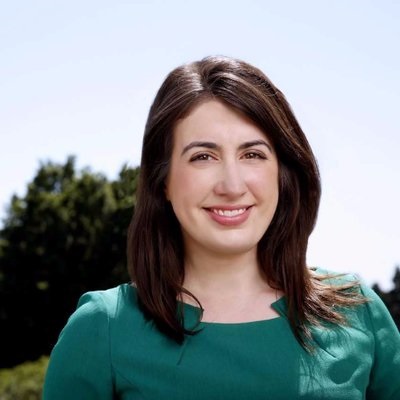 “I am delighted to welcome Ali to the NewsHour, where she’ll join our intrepid and award-winning foreign affairs and defense unit,” said PBS NewsHour executive producer Sara Just, who also serves as a WETA senior vp. “I was impressed with Ali’s smart work and tenacity when I was at ABC, and I have continued to be impressed with her work since. She is a well sourced and curious reporter and will be a fantastic addition to our growing team.”

Rogin has spent the past decade reporting on politics, Congress and foreign policy. Most recently, she was a producer/reporter covering Capitol Hill for ABC News. Rogin will join the NewsHour on Monday, March 11.

“I am honored to join PBS NewsHour, a program that I have long considered the gold standard of television journalism,” Rogin said in a statement. “I grew up watching the broadcast and am particularly thrilled to become part of the team helmed by Judy Woodruff and Sara Just, two journalists I admire deeply.”

NewsHour has been expanding its production and management team as of late. Rogin joins the broadcast’s recent hires of James Williams as executive director of digital strategy and Vika Aronson as podcast producer, in addition to four promotions including Erica R. Hendry as managing editor, Julia Griffin as senior coordinator of digital video, Josh Barajas as arts editor, and Jamie Leventhal as associate producer of digital video.

Rogin previously worked as a radio correspondent and State Department producer for ABC News, covering major overseas trips with the Secretary of State and other top officials. Prior to her tenure at ABC, she covered the 2012 presidential race as an embedded reporter for NBC News, where she began her career as a researcher in the political unit.