NEXT:Chris Wallace Re-Signs with Fox News
PREVIOUS:Sean Spicer on the Press: 'I've Never Seen a Group of Individuals Who Protect Themselves Like the White House Press Corps Does' 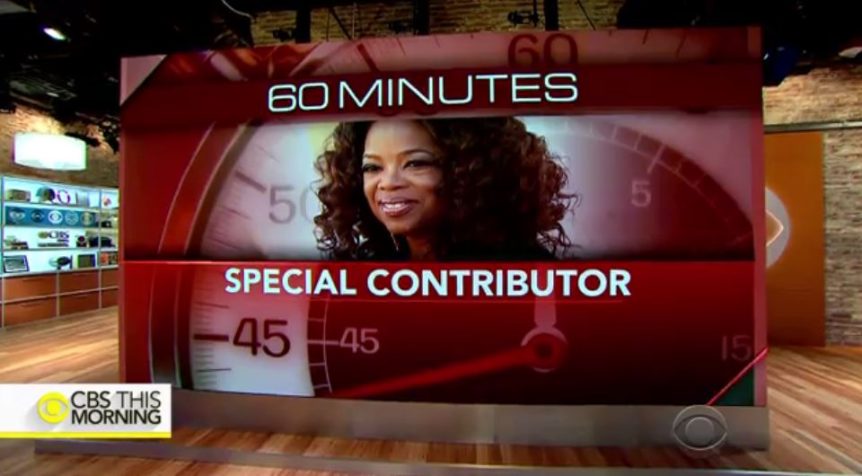 Oprah Winfrey‘s first story as a special contributor to 60 Minutes is scheduled to air on the season premiere of the venerable show’s 50th season. CBS isn’t saying yet what the story is, so we’ll have to wait for the promos to to hit the air.

The National Academy of Television Arts and Sciences will honor the show with a 50th anniversary tribute at its Emmy Award ceremony on Oct. 5 in New York City. The show itself will mark its golden anniversary with an hour-long broadcast in November. Also marking the milestone, 60 Minutes ep Jeff Fager has authored the book, 50 Years of 60 Minutes, available Oct. 24.

The show averaged 12.42 million viewers last season and was the only prime time newsmagazine to grow, up +1 percent in viewers. It made Nielsen Top 10 weekly list 22 times.