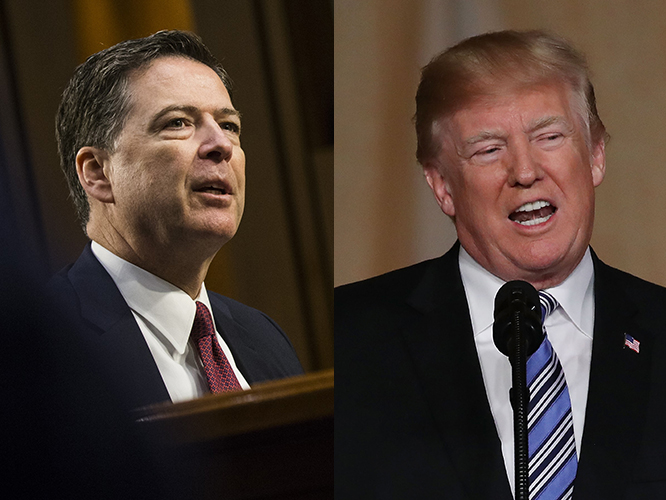 Fox News Channel had a couple of big gets Thursday: President Trump in the morning and the FBI Director he fired, James Comey, in the evening.

And, in the ratings, Comey came out on top.

Comey continued the press tour for his memoir A Higher Loyalty on Bret Baier‘s Special Report at 6 p.m. ET. The hour delivered 3.1 million total viewers and 508,000 in the A25-54 demo.

Trump’s phone interview in the 8 a.m. hour of Fox & Friends, which included plenty of Comey bashing, was watched by 2.3 million total viewers and 391,000 in the demo.

Generally, there are more available TV viewers at 6 p.m. than there are at 8 a.m., but Comey can claim he came out ahead of Trump on this one.