In 2019, Rachel Maddow said on her program that One America News (Herring Networks, Inc.) was “paid Russian propaganda.”

Maddow made this remark in light of a Daily Beast report that noted OAN reporter Kristian Rouz previously worked for the Russia-owned media organization Sputnik.

In light of Maddow’s remark, the right-wing cable news network filed a defamation complaint against Maddow and MSNBC for $10 million, saying her statement was “malicious and utterly false.” However, a federal judge ruled that “Maddow’s statement was well within the bounds of what qualified as protected speech under the First Amendment.”

OAN lost that suit against in May 2020, and MSNBC and Maddow requested that the network pay $350,000 in legal fees. In February, the court permanently dismissed the case and awarded the defense nearly $250,000.

The San Diego-based outlet recently filed an appeal in that same defamation lawsuit against Maddow and MSNBC, and on Tuesday, the previous court ruling was upheld.

“The challenged statement was an obvious exaggeration, cushioned within an undisputed news story,” said Judge Milan D. Smith Jr., adding, “The statement could not reasonably be understood to imply an assertion of objective fact, and therefore, did not amount to defamation.”

As a result, the network is now having to pay even more of Maddow’s attorneys fees.

First Amendment lawyer Adam Steinbaugh and Reuters legal journalist Jan Wolfe have been on the story.

Below, the appeals court judge’s summary: 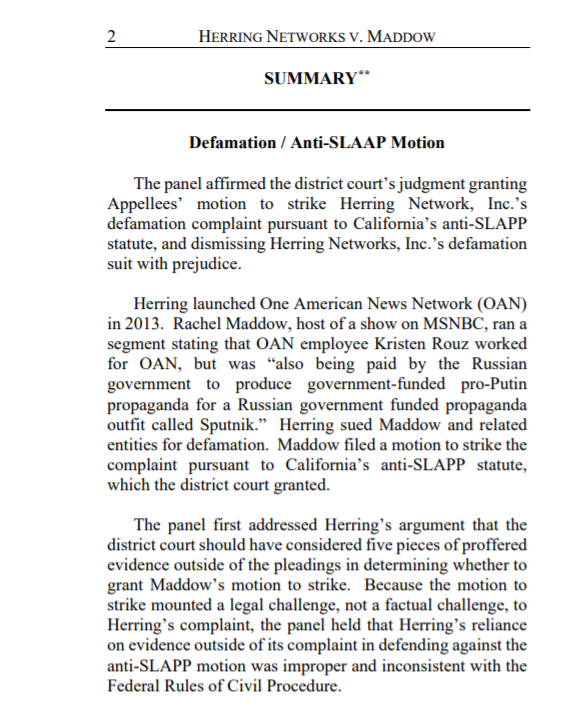 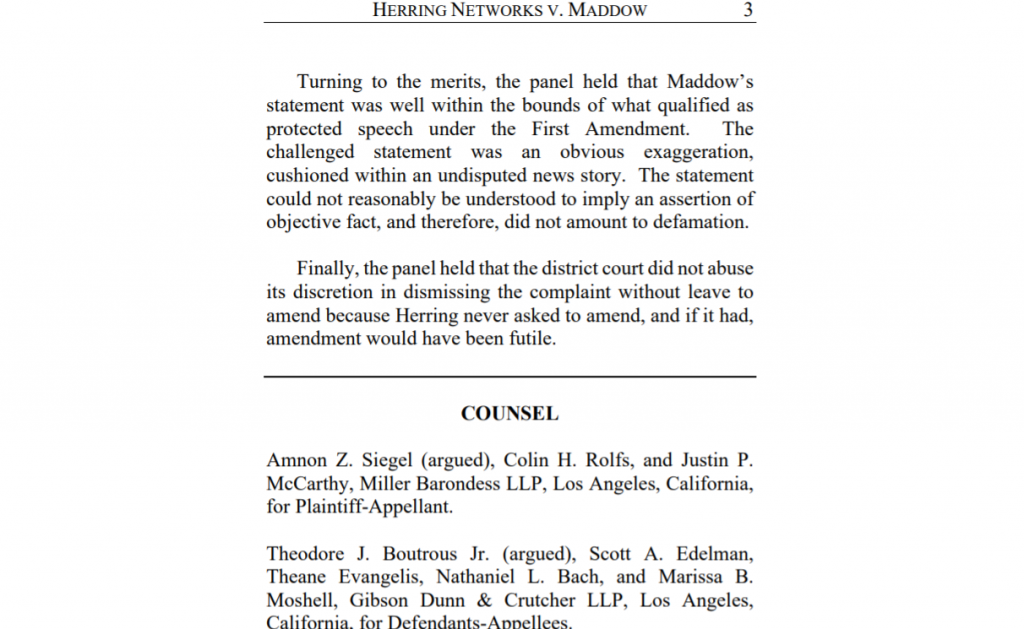