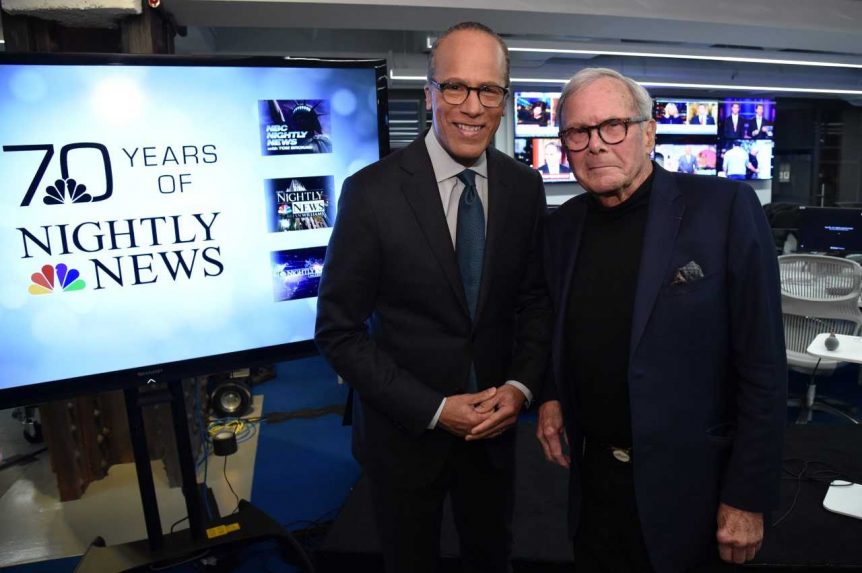 The nor’easter couldn’t keep NBC Newsers away from celebrating the 70th anniversary of NBC Nightly News.

Producers, editors, and anchors, past and present, gathered in the NBC newsroom following Wednesday’s show to toast 70 years of NBC’s evening newscast, which began as the NBC Television Newsreel, a 10-minute program, on Feb. 16, 1948.

A year later, the newscast expanded to 15 minutes and became known as The Camel News Caravan anchored by John Cameron Swayze. That was replaced by the Huntley-Brinkley Report in 1956. (See the full list of show names and anchors from our 60th anniversary coverage 10 years ago).

Tom Brokaw, who anchored the broadcast for 21 years, talked about the old and the new: “Wherever you lived in America, you could go to a television, and 5 p.m., you could tune in to Chet and David so we could see what happened that day. The same broadcast I was seeing [in South Dakota] was being seen in Connecticut, in Texas, all across the country.”

“As the old guy, I am terribly proud of all of you and I love seeing the new generations come along with the same kind of commitment [as the past],” Brokaw added.

“I was a Huntley-Brinkley kid. We were a Huntley-Brinkley household,” said NBC News chairman Andy Lack in his remarks. “I’m touched that we’re all standing here 70 years in and have this wonderful program that is in our capable hands now,” said Lack.

“I look around this room and I look at the different generations who have had their hands in this broadcast, and it stands for something,” added Lester Holt, who anchored the weekend editions of Nightly News from 2007-2015, before taking over the Monday-Friday editions from Brian Williams. “It’s rooted in something deep, but it’s not a museum piece. This broadcast continues to grow while being grounded in certain standards.”

“What I see in this room are individuals who are there for the viewers and for each other,” said Holt. 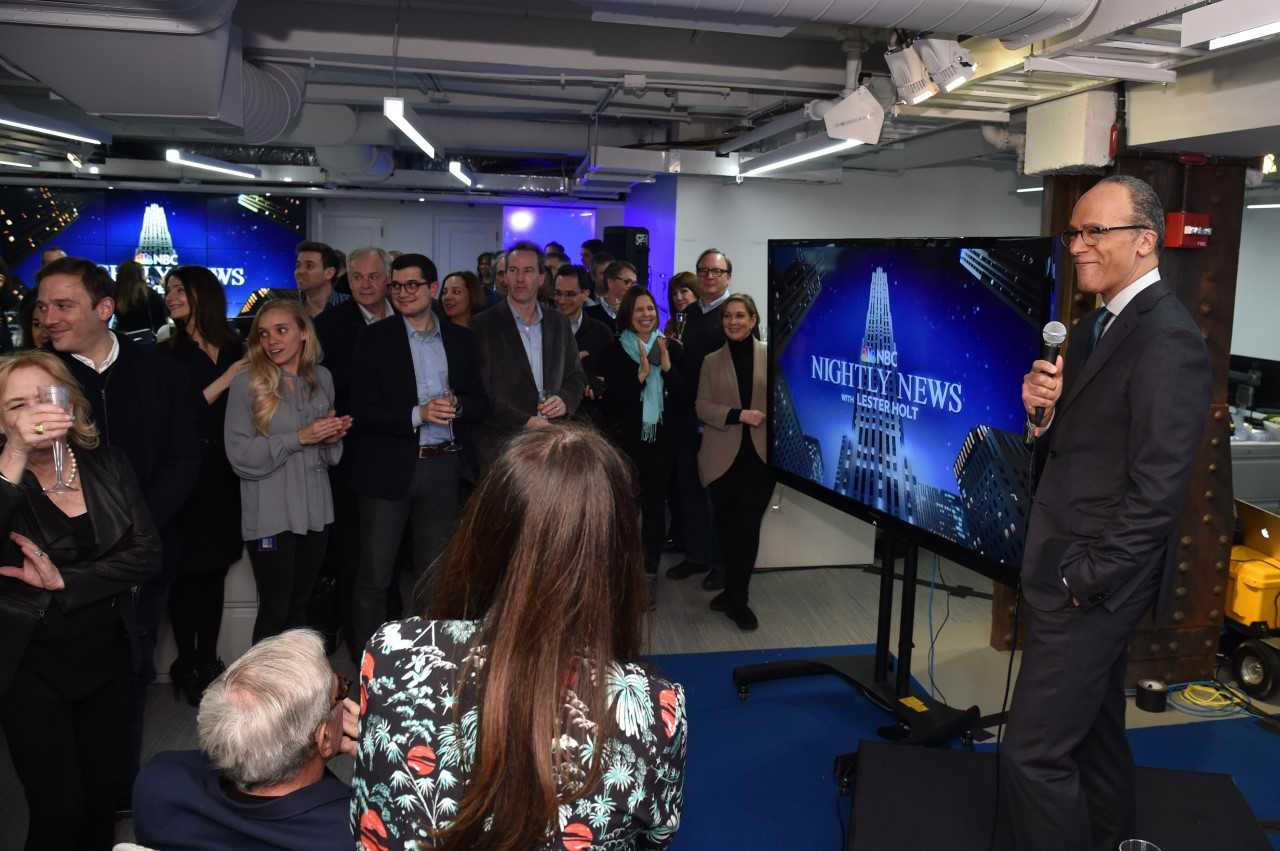