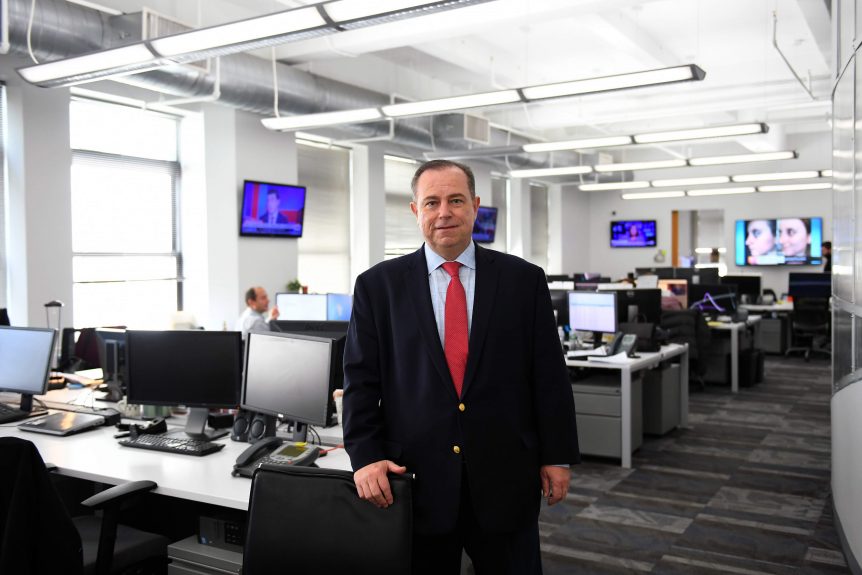 It’s popular knowledge that the right-leaning cable newser has benefited greatly from a segment of the conservative base angry at Fox News for that network’s accurate decision to call the 2020 presidential election earlier this month in favor of the Democratic candidate, former vice president Joe Biden, alongside every other major media outlet.

Newsmax, on the other hand, still has not called the 2020 presidential election.

Nielsen ratings for Newsmax TV have spiked since Fox and others called the election on Nov. 7. For reference, Newsmax averaged 37,000 viewers in prime time this past summer. The network’s top two shows – the 6 p.m. Spicer & Co., and the 7 p.m. Greg Kelly Reports (below) – averaged a whopping 816,000 total viewers from Nov. 7-Nov. 18. 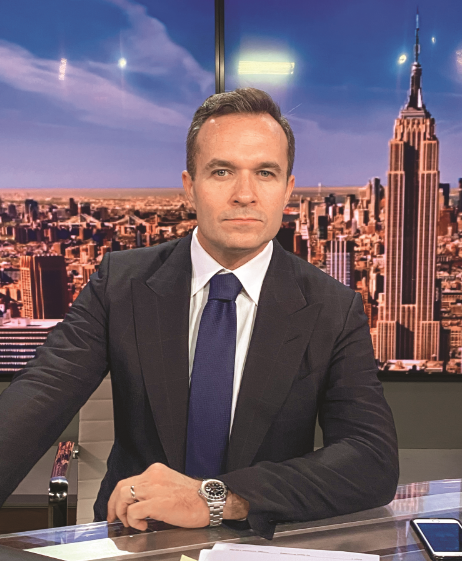 We spoke with Newsmax founder and chief executive Chris Ruddy last week about his network’s growing audience, planning for a Biden administration, his goal of catching up to Fox News, and why Newsmax still hasn’t called the election yet.

His network has fielded a lot of criticism for that decision not to call the election yet, and understandably so. We’re three weeks removed from election night, and 16 days since all of the major news media outlets projected Biden as the winner.

The chief executive defends his network’s stance, saying he thinks Newsmax has “an eminently reasonable position,” which is that “one of the contestants is challenging the results in five states, and it is extremely close.”

However, Ruddy is aware of the current state of the race—that Biden is far ahead and it will be extremely difficult for the president to move in front. “I believe as the states certify, we will project those states for the winner, and the electoral college will confirm that,” he said. “We will make an appropriate call based on those certifications.”

Ruddy also feels that if the current results hold, Trump should concede, and help with a smooth transition. “I think he should already be preparing and working with Biden in case that happens,” said Ruddy. “We’re not jumping off a cliff here, I think we’re just taking a reasonable approach that half the country agrees with us on; or at least a very large number.”

Newsmax is making plans for the Biden administration, with Ruddy adding that he “has a fairly high opinion” of Biden. “I think Newsmax’s job is to be loyal opposition to question the policies, the programs and the people that are coming into the Biden administration. We’re going to take a very careful look at that. I think we were pretty fair with Barack Obama. We were tough on him, but we never called for his impeachment. I think we want to take the same approach with Joe Biden,” he said.

Ruddy says the network is also planning a new 9 p.m. show, led by a female anchor whom the network is in discussions with. “That show will be primarily focused on the female audience with female commentators,” said Ruddy. “We like the idea of breaking from the pack and doing something that appeals to women.”

Newsmax Media launched in 1998, and morphed into an OTT service and later a cable TV channel, Newsmax TV, in 2014. Six years later, Ruddy feels the time is coming for his network to catch the king of cable. In fact, he told Adweek he wants Newsmax to catch up to Fox News within the next year, despite the fact that FNC has been the most-watched cable news network for nearly two decades.

Ruddy claimed that when one factors in Newsmax OTT viewership and digital content consumption that’s not measured by Nielsen, the margin between Fox News and his network is tightening. He thinks Newsmax will be able to catch up to Fox News within the next year.

“I think the numbers are a lot closer than anyone ever imagined,” he said. “We’re on major devices like Roku and YouTube, and we estimate that at any given time, any given minute, we’re getting 50-100% more viewers than our Nielsen number indicates, and that puts us a lot closer to overtaking Fox.”

Unlike Fox News, Newsmax is for the moment a hybrid model in that it’s available both in the cable universe and free via OTT. It’s unknown how many more viewers Fox News would deliver if its programming was also available free to stream, but it’s safe to say that number would be considerable.

Fox News declined to comment on Ruddy’s ratings claims. However, data from social video measurement service Tubular Labs shows that Fox News had 36.9 million unique global viewers in October across Facebook and YouTube, watching a total of 1.5 billion minutes on those platforms, while Newsmax had 7.5 million unique viewers in the same month, viewing 75.9 million minutes in total.

Whether or not Newsmax is able to pull closer to Fox News’ ratings, the network still lags significantly behind its conservative news rival when it comes to revenue. According to S&P Global Market Intelligence’s Kagan, Fox News will generate an estimated $1.19 billion in net advertising revenue this year, and an additional $1.62 billion in affiliate revenue.

Newsmax TV, meanwhile, is on track to generate an estimated $25 million in net ad revenue, according to Kagan (which does not track digital revenue). The network does not charge affiliate fees and therefore receives no affiliate revenue.

Still, Ruddy remains optimistic that Newsmax will one day catch up to its rival: “The numbers are a lot closer in actual reach, even though there isn’t really the third-party rating yet on the OTT side,” he said. “But the audience is there.”