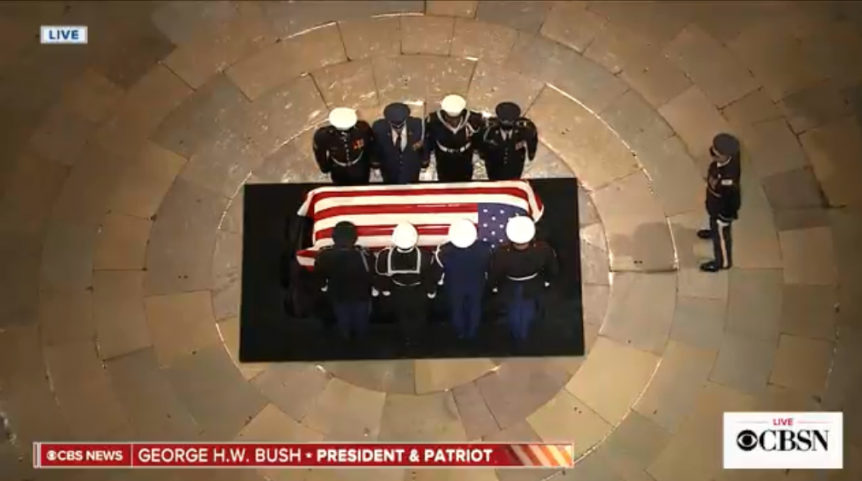 The television news networks will be providing special coverage of the state funeral for the 41st President of the United States George H.W. Bush on Wednesday morning.

The funeral —which will take place at the Washington National Cathedral— is scheduled to begin at 11 a.m. ET.

Network news broke into regularly scheduled programming with special reports on Monday, as the late president’s body traveled from Texas to Washington DC, arriving to lie in state in the U.S. Capitol Rotunda in the late afternoon.

Cable news has been covering the life and legacy of the late president over the past couple of days, and will continue to do so through Wednesday.

On Wednesday, C-SPAN, C-SPAN.org and C-SPAN Radio will have live coverage of the following: