NEXT:Scoreboard: Wednesday, May 31
PREVIOUS:These CNN Correspondents Are On the Move 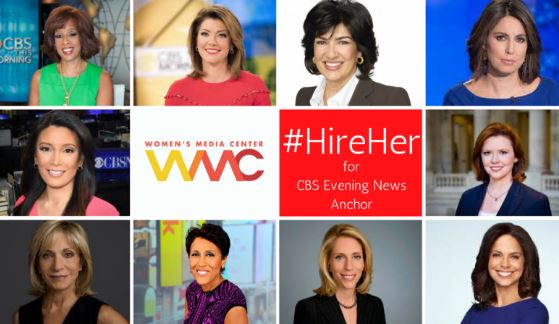 As CBS News executives decide who will replace Scott Pelley as anchor of the CBS Evening News, one group  has created a change.org petition advocating that a woman succeed him.

The Women’s Media Center, which describes itself as a progressive organization dedicated to making women more “visible and powerful in the media,” was founded in 2005 by activists such as Jane Fonda and Gloria Steinem.

As of this writing, the petition has garnered more than 900 supporters. “For most of television history,” says the accompanying text, “the anchors of the weekday evening network newscasts – ABC, CBS, NBC – have been men. In fact, only two women, Katie Couric and Diane Sawyer, have ever been solo anchors… It’s 2017, long past time to have at least one woman anchoring the weekday evening network news.”