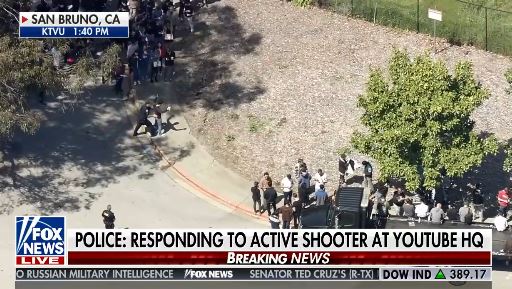 Just before 1 p.m. PT, YouTube employees began reporting, via social media, that they’d heard gunshots inside their building. 1,700 people who work on the YouTube campus in San Bruno, Calif., not far from San Francisco International Airport. Two hospitals have reported they are receiving multiple patients.

Active shooter at YouTube HQ. Heard shots and saw people running while at my desk. Now barricaded inside a room with coworkers.

An eyewitness, an employee at a nearby Carl’s Jr., told KTVU one injured woman who was shot in the leg came into the restaurant and he tied a bungee cord around her leg to stop the bleeding. Witnesses have told local media the shooter was a woman; the San Bruno city manager said the shooter is down and the threat is over. 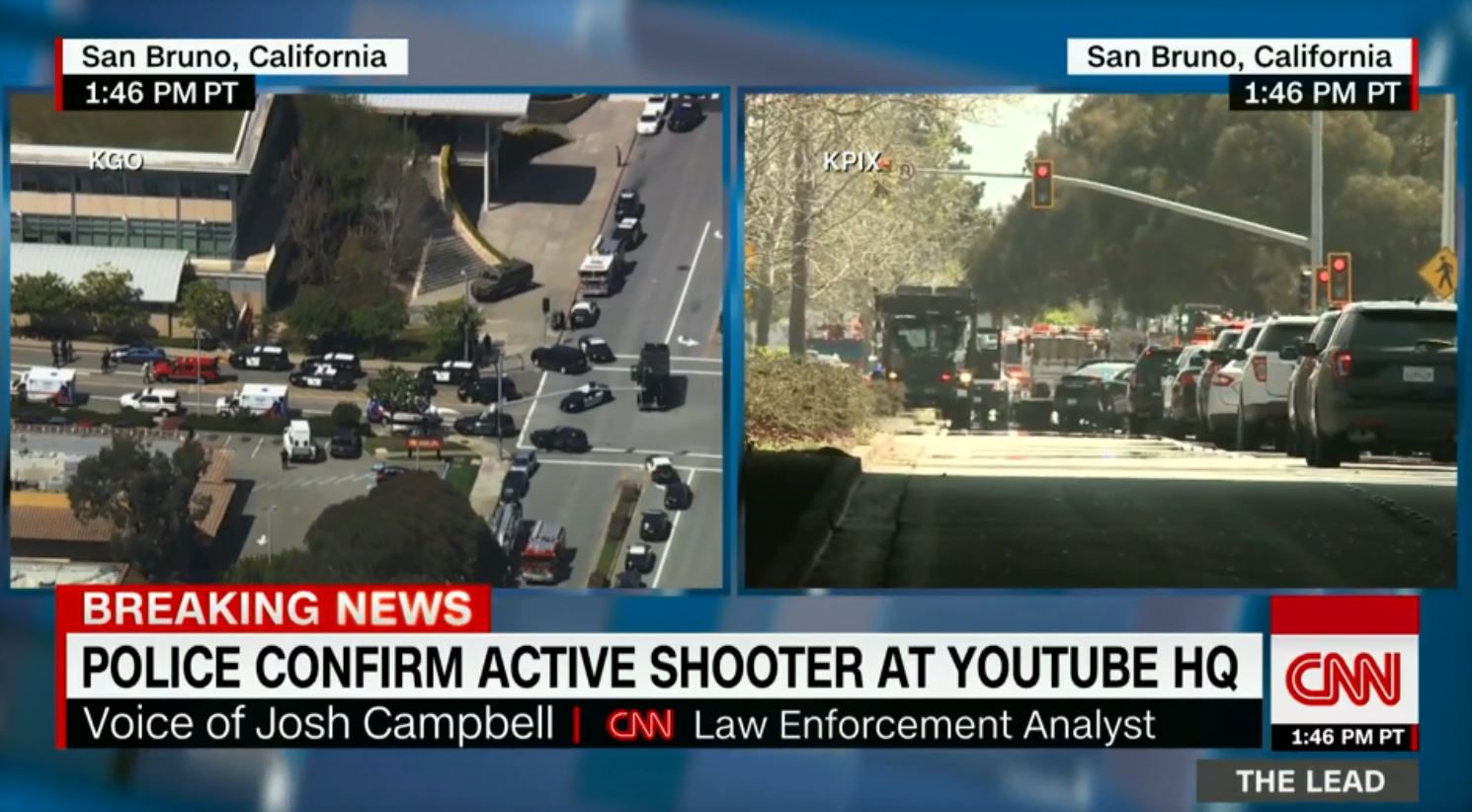 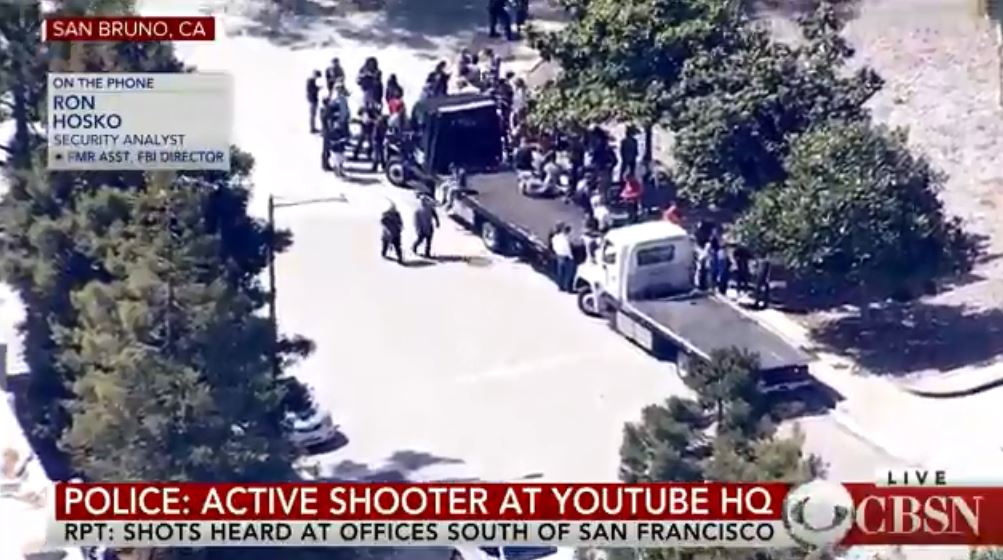 At 5 p.m. ET, Brian Williams picked up on MSNBC and Wolf Blitzer began anchoring on CNN.

At a news briefing at 5:30 p.m. ET, the San Bruno police chief said the following:

San Bruno police arrived on scene at 12:48 and began searching for possible shooter or suspect. Upon arrival, officers encountered numerous employees fleeing from the building. It was chaotic. We encountered a victim with an apparent gunshot wound toward the front of the business as we approached. Several minutes later, conducting a search of the premises, officers located a second individual with a gunshot wound that appears that may have been self-inflicted. We are still working on confirming that. Two additional victims were located several minutes later at an adjacent business. This extent of all the injuries of the victims are unknown right now. They were all transported for emergency medical care.