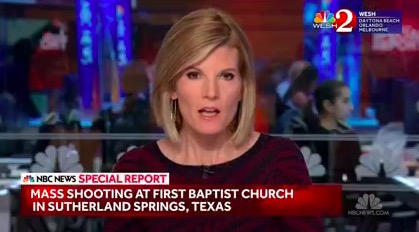 Cable and broadcast news networks have been reporting all afternoon on the massacre at the First Baptist Church in Sutherland Springs, TX where a gunman stormed the church during a Sunday morning service and opened fire.

At least 25 people have been killed. The suspect, Devin Patrick Kelley, is dead.

Fox News, MSNBC and CNN all reported the news around 2 p.m. ET.