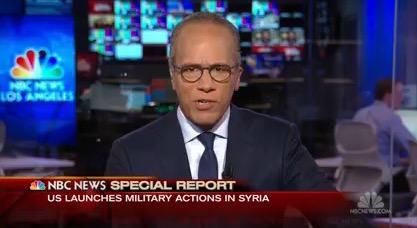 Lester Holt, Scott Pelley and David Muir all stayed late tonight with the possibly of a U.S. military maneuver in Syria. And just after 9 p.m. ET they all broke in prime time programming with the news that more than 50 U.S. Tomahawk missiles targeted a Syrian air base. All three then updated the evening newscasts for the West Coast.

Holt broke in to NBC at 9:12 p.m. ET; Pelley broke in to CBS programing at 9:15 p.m. And George Stephanopoulos broke in on ABC at 9:18. The networks will likely break in again when Pres. Trump addresses the situation. 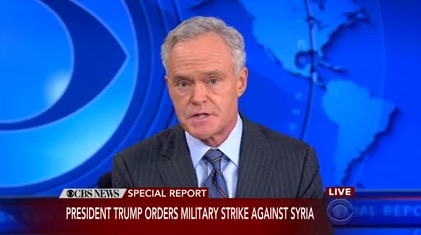 “I think this is the single fastest punishing strike I have ever seen,” said ABC’s senior foreign affairs correspondent Martha Raddatz on ABC. In an Rose Garden news conference just yesterday, Trump said Syrian president Bashar Assad “crossed many lines” with a gas attack on his own people. 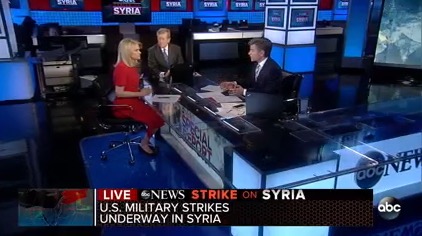 “When you kill innocent children, innocent babies, little babies with a chemical gas that is so lethal that people were shocked to hear what gas it was, that crosses many lines beyond the red line,” Trump said. 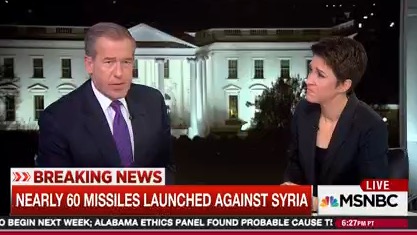 On cable, Brian Williams broke in to Rachel Maddow‘s show at 9:11 p.m. with the news; Shepard Smith from the Fox News Deck broke in to Tucker Carlson‘s show at 9:16 and CNN’s Barbara Starr confirmed the news on AC360 at 9:18 p.m. ET.