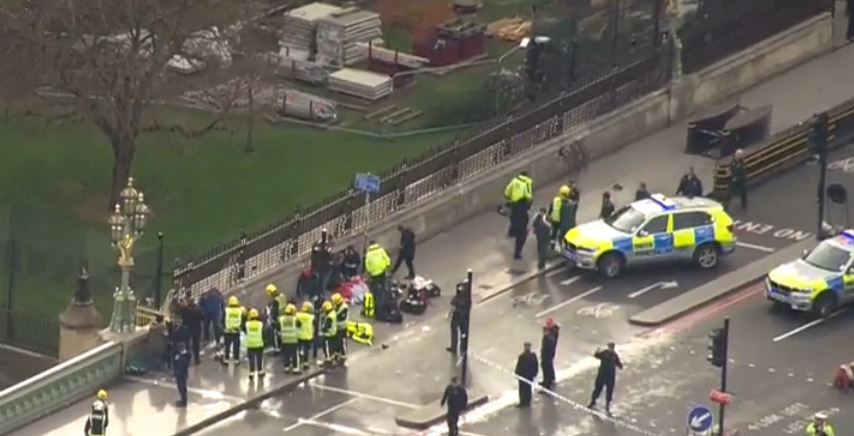 The cable news networks are in rolling coverage of an a possible terror attack outside Britain’s Houses of Parliament. The inciden happened around 2:40 p.m. London time (10:40 a.m. ET). Police are treating it as a terror incident “until we know otherwise,” they say in a statement.

At least a dozen people were injured when a suspect rammed a vehicle into a crowd on Westminster Bridge then continued to strike a gate around the Houses of Parliament. The suspect stabbed a police officer and was then shot. 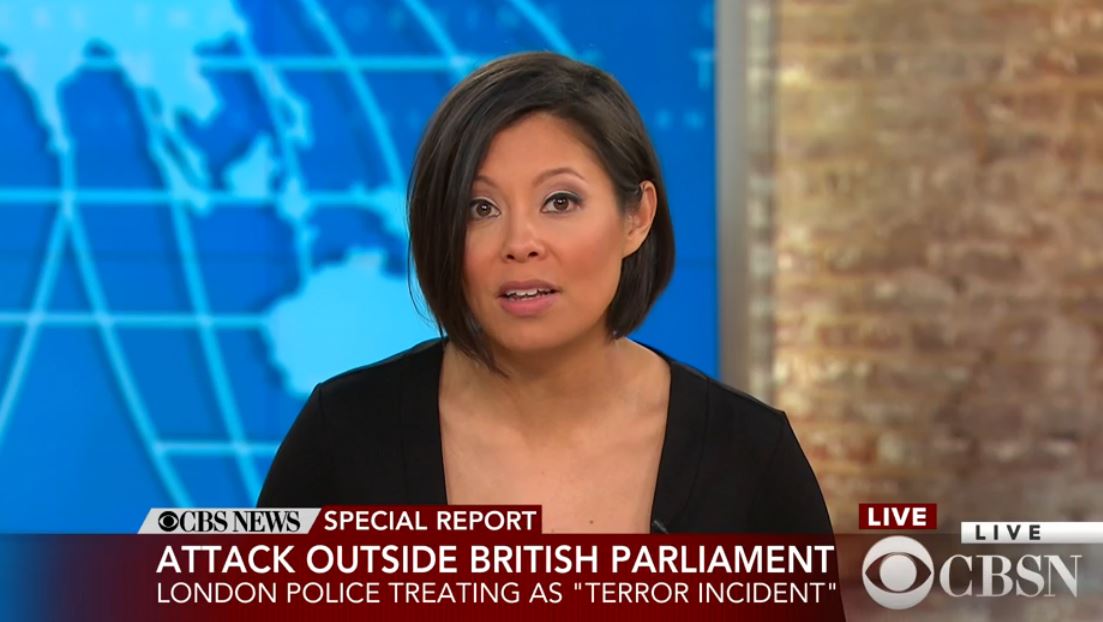 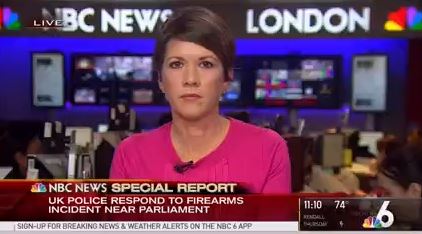 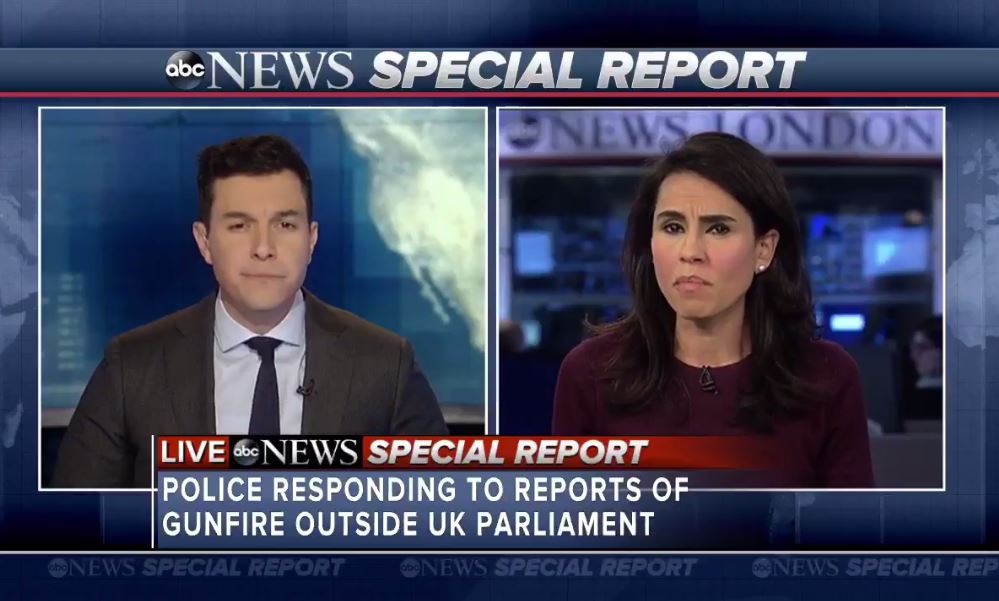 As of 2 p.m. ET, police confirm four people are confirmed dead, including the armed police officer who was stabbed, and the attacker. 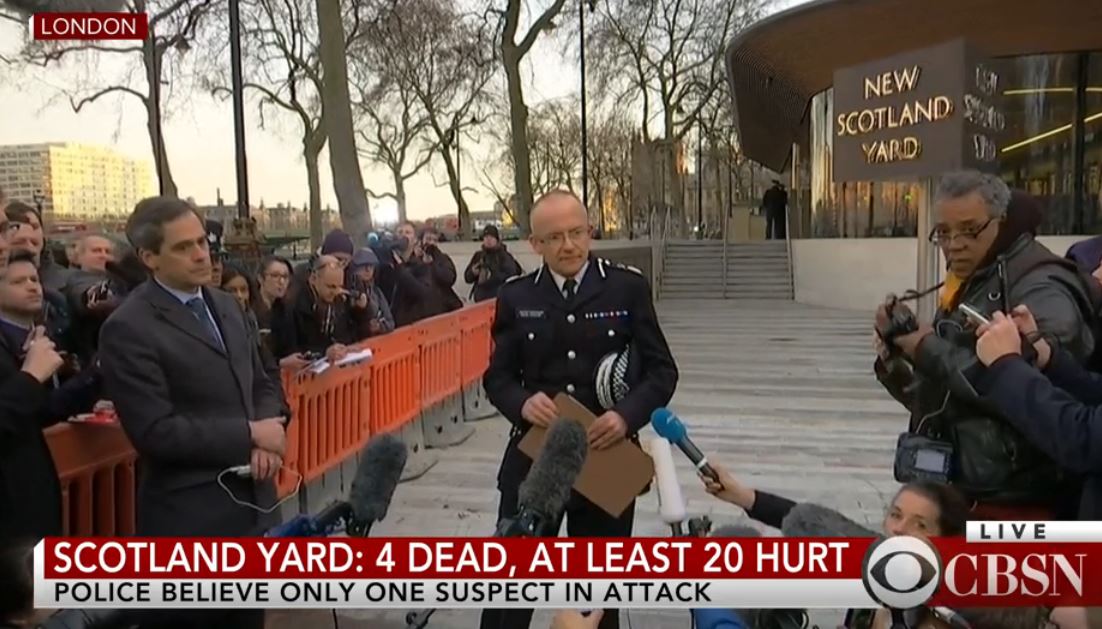