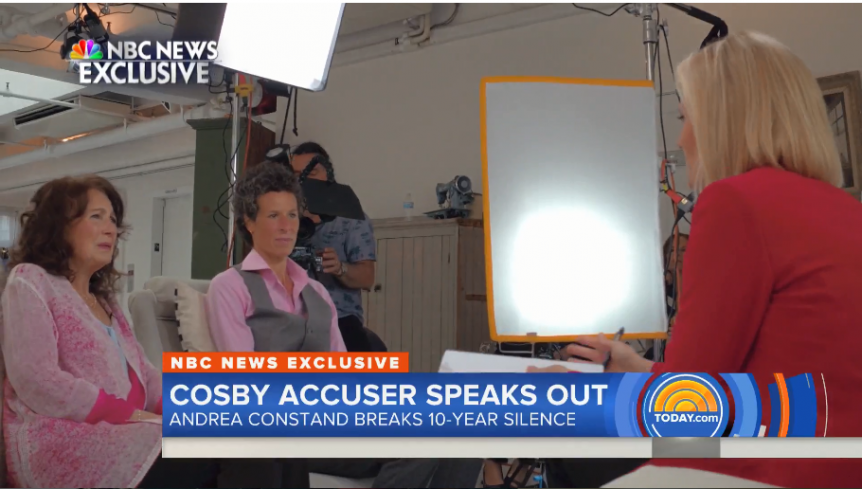 Now that Bill Cosby has been found guilty on three counts of aggravated indecent assault and could face up to 30 years in prison, Andrea Constand is finally able and willing to break her decade-long silence.

Constand, the first woman to accuse Cosby of sexual assault in court, sat down with NBC News senior national correspondent Kate Snow over the weekend for an interview that will air on Dateline NBC this coming Friday.

“She has wanted to speak but hasn’t been able to until now, until the verdict was in hand, and now, she feels liberated,” Snow told Hoda Kotb, Savannah Guthrie and Craig Melvin this morning on Today. “She feels like she can share with the world how she’s been feeling about Bill Cosby, how she felt about the whole process and all of the other women.”

Constand accused Cosby drugging and sexually assaulting her in 2004 at his Philadelphia home.