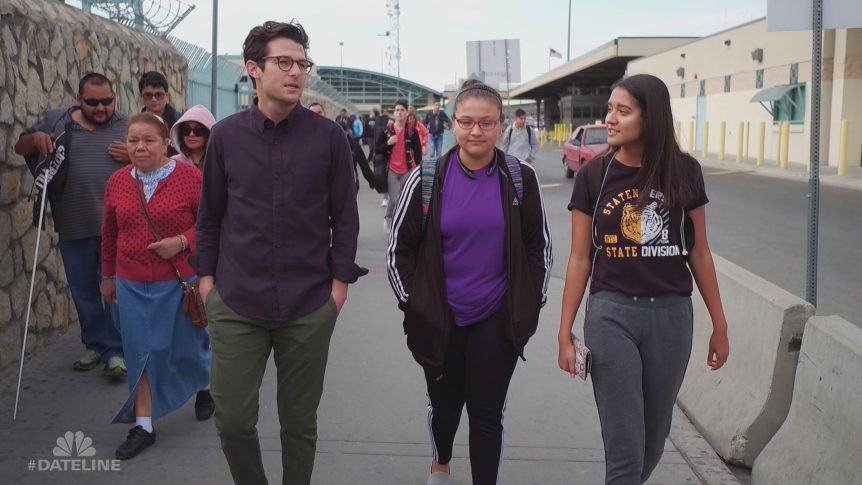 TVNewser chatted with Soboroff, who is in Texas, about reporting on the crisis, and how he missed Father’s Day with his own 2 1/2 year old to be among the first to get access to one of the holding facilities where unaccompanied children are living while their parents sit in jail.

TVNewser: You spent a significant amount of time traveling along the border. What’s it like to see it up close?

Soboroff: My approach to what’s going on is, what’s the reality on the ground and what’s the conversation in Washington and elsewhere in New York. What’s coming out of the media capital of the world?

What is the difference?

It’s a lot different and it’s certainly not as simple. Things are much more nuanced, and it just does not feel connected to the conversation in D.C. at all.

The conversation has gained a lot of steam in light of reporting on these holding facilities. You got access to centers in McAllen, Texas, and Brownsville, Texas. Can you tell me what it was like to walk into those facilities and see what you saw?

Intense, honestly. It was really heavy. Really heavy to be in there and see all these kids, these kids who were separated from their families. When we got our eyes on it and were able to tell the rest of the world what we were seeing, there was a lot of attention on it.

It just became a boiling point of something we had been working on and immersed in for months. So, it was intense. It was sickening. As a father of a 2 1/2 year old, anybody would think it would be sickening to see what I did with my own two eyes. You see little kids sitting on the floor with mylar blankets being watched over by a guard in a watch tower. They wouldn’t have been there had it not been for a policy by politicians back in Washington. These kids were in the middle of this huge debate that had been going on for decades and it was like the weight of the world was crushing down on these poor little kids.

It was such a visceral experience to be in there, really. I’ll never forget that for sure.

Access has been really problematic for a lot of journalists, and we had been pretty dogged about trying to stay ahead of the story, always. We were lucky enough and prepared enough to get in and finally get in those doors. I skipped Father’s Day and flew out Sunday and got to McAllen. When the government is so tightly controlling access like that, I did everything I could because I knew I had to be in there and get inside.

In covering the border, was there anything you were surprised to see? Or learn about more?

What I came to learn is that you really have to expect the unexpected on the border. Just because you’re a conservative rancher who has his own three-mile stretch of border in Arizona and like Donald Trump want the wall, doesn’t mean you like the border patrol.

This is not a conversation about pro-wall and anti-wall and that’s not what the border is and that’s what it’s been reduced to in the national media. It’s the lives of the people who live there and it’s about where they find themselves on each side. It gets to what America is all about. It was a much more moving experience and eye-opening experience.