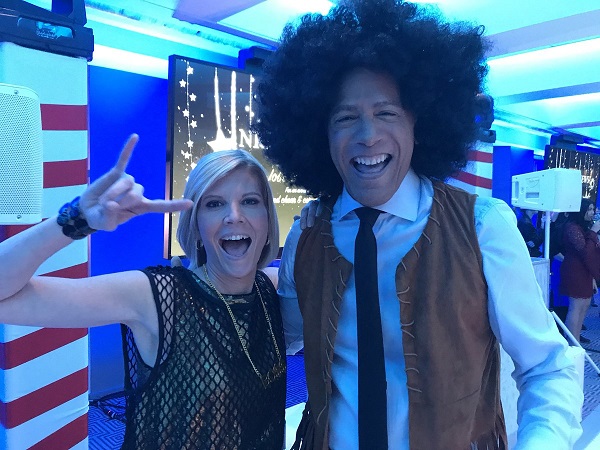 The festivities kicked off with a lip sync battle between anchor Lester Holt, and correspondent and weekend anchor Kate Snow.

Both anchors performed two tunes each.

Snow kicked things off with No Roots by Alice Merton, and Holt performed Justin Timberlake‘s Can’t Stop the Feeling.

Snow and Holt went all out for round two. Snow performed MC Hammer’s Can’t Touch This, while rocking Hammer-style pants and a gold nameplate chairman that read BO$$.

Holt went with Jackson 5’s I Want You Back, rocking an afro and leather fringe.

TVNewser wasn’t told who won, but it was apparently quite a sight to behold.