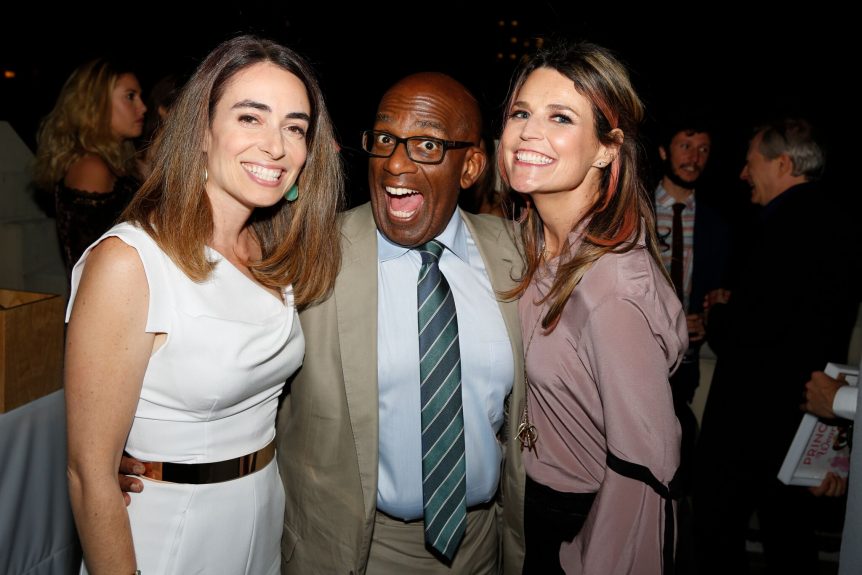 Savannah Guthrie and Allison Oppenheim (pictured with Al Roker) were having dinner out one night when they had an idea. While their husbands, communications consultant Mike Feldman and NBC News president Noah Oppenheim, discussed politics, world affairs and whatever else, Guthrie and Oppenheim hatched a plan to write a children’s book.

“Which just proves what we all know is true: men talk, women do,” said Feldman at an event celebrating the launch of his wife’s New York Times best seller Princesses Wear Pants.

Guthrie calls it a story of empowerment “without being preachy.”

“We thought, what the world needs now is another princess book,” Guthrie joked during her remarks at the event held at the Nanette Lepore showroom in New York’s fashion district.

In support of the cause, most of the women at the party wore pants (also, all of the men) and Guthrie dyed some of her hair pink. 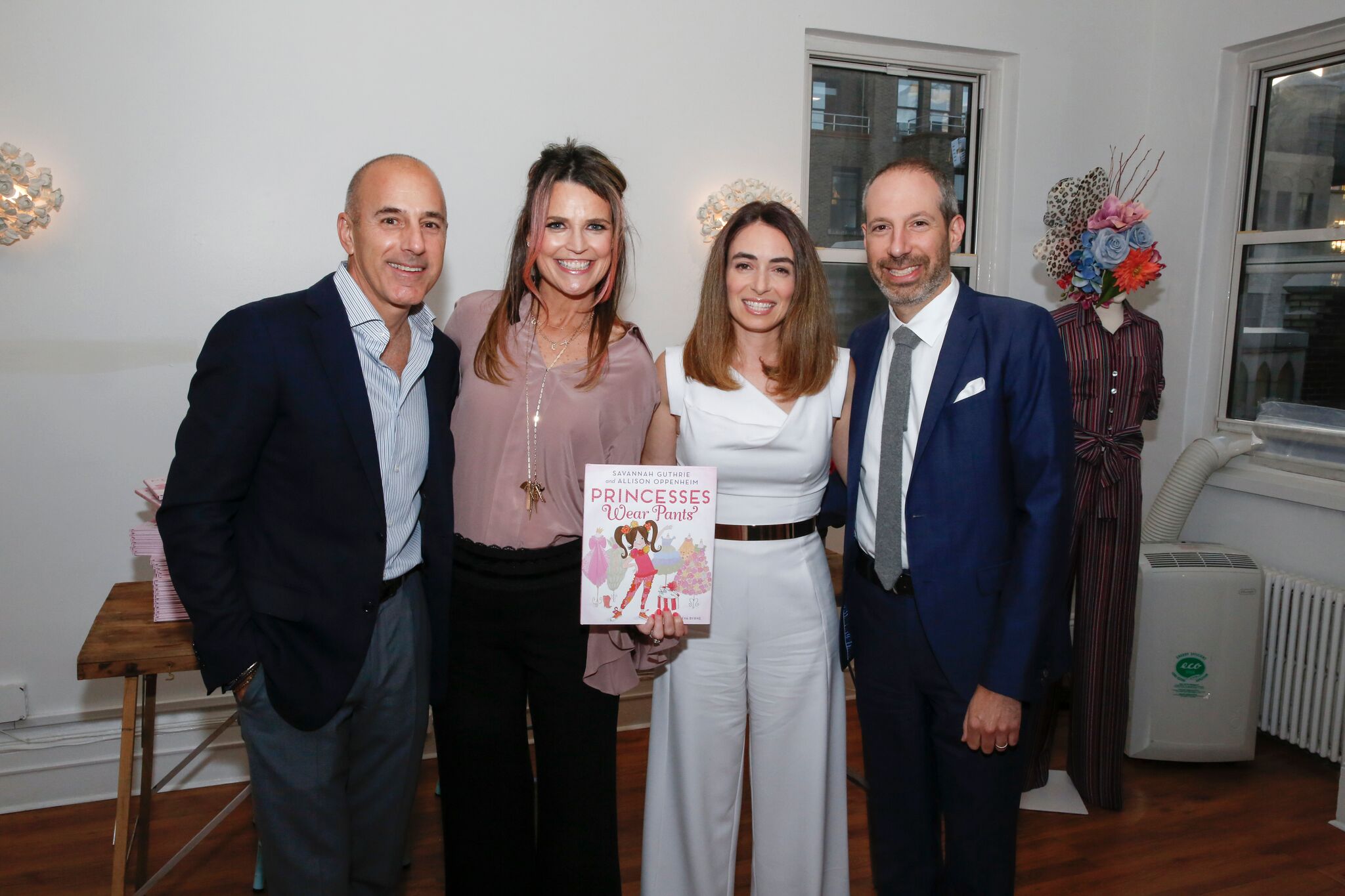 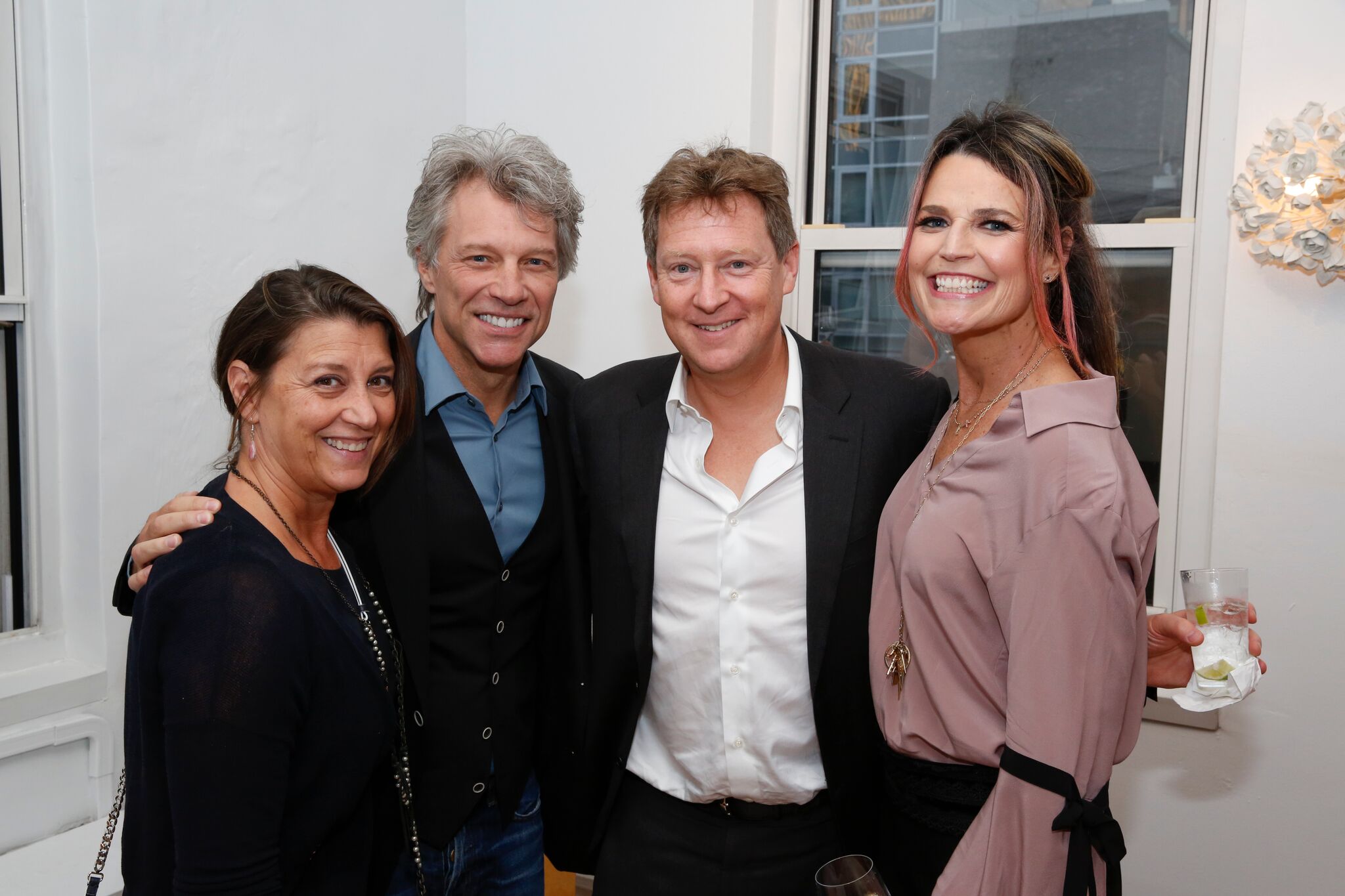 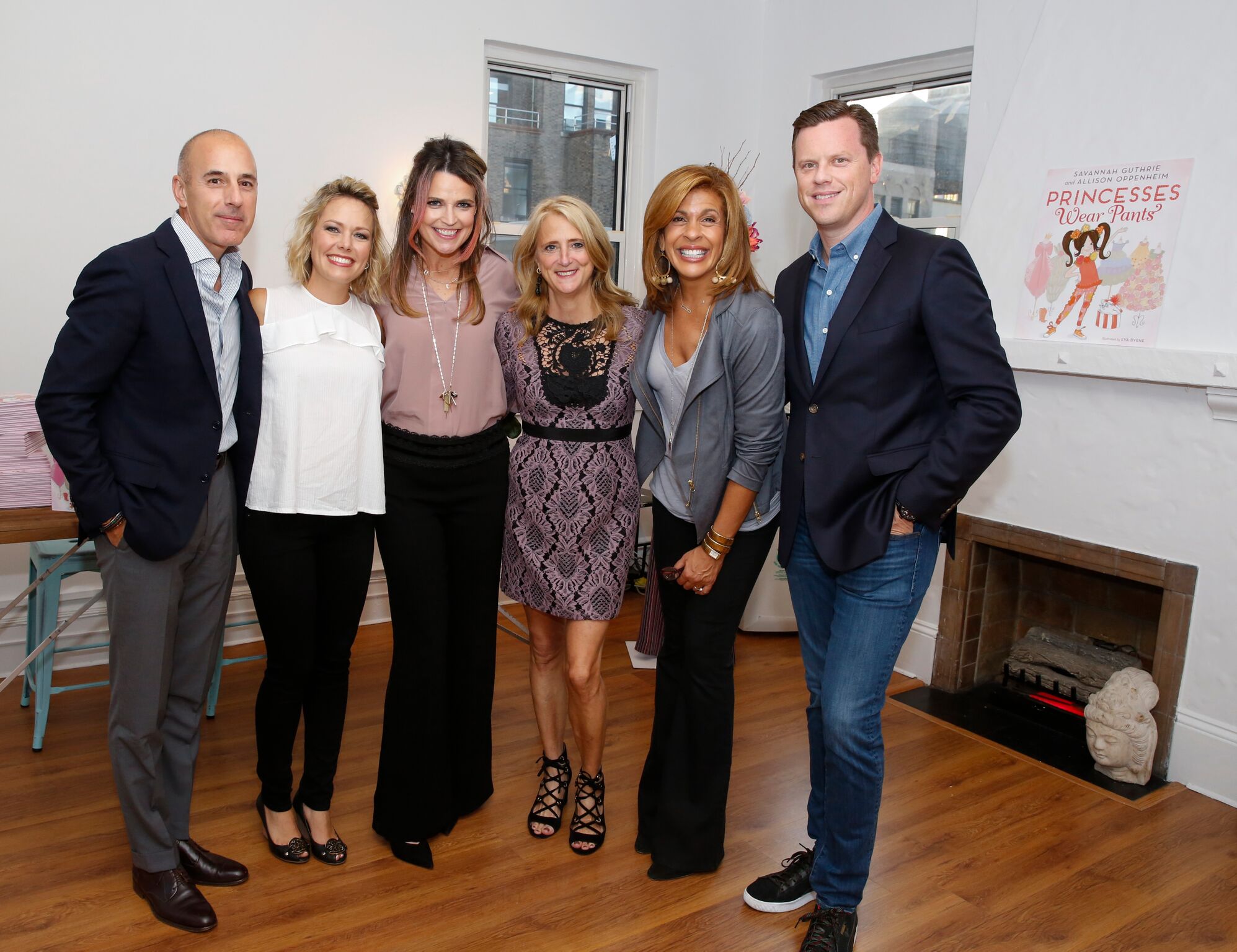