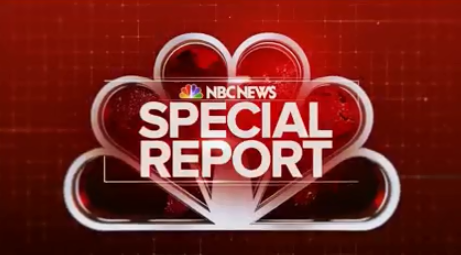 From state funerals to cabinet resignations, shootings and bomb threats, to a hearing for a Supreme Court Justice nominee, NBC News’ Specials team had a pretty busy 2018.

“We’ve had another incredible year of news, airing over 165 special reports and clocking over 82 on-air hours,” NBC News and MSNBC svp of specials Rashida Jones told TVNewser. “We beat our record from last year, which has become a tradition these past few years thanks to the superbly talented team we have across the network and MSNBC.  There was obviously no shortage of news in 2018 and I’m proud that we were able to deliver in-depth, large-scale coverage for the events we could foresee, as well as instant, authoritative reporting on breaking stories.”

The NBC News Specials team produces programming not exclusively for the NBC Network, but also produces breaking news programming for MSNBC and other NBCU-affiliated networks. The team is responsible for everything from breaking news cut-ins, to lengthier programming, such as the aforementioned hearings for then-Supreme Court nominee Brett Kavanaugh, which lasted a whopping 9 hours and 17 minutes.

In addition to the Kavanaugh hearing, there were 4 MSNBC Simulcasts (Death of Sen. John McCain, Pittsburgh Synagogue Shooting and two specials on Death of President George H.W. Bush); 4 Overnight Specials, and 17 specials that exceeded one hour in length.

Here are additional examples of this year’s Special Reports: