NEXT:In Light of Derogatory On-Air Remarks, Fox News Producers Are Told: 'You Have to Protect the Talent and the Brand'
PREVIOUS:Why DHS Agents Showed Up During CBS News Whistleblower Interview 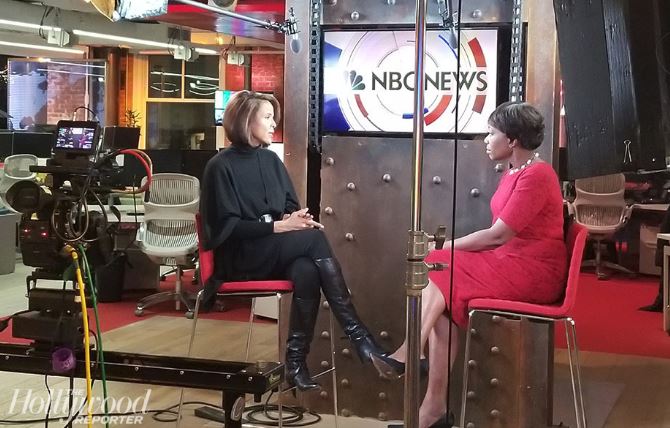 For the second time in a year, NBC News has shelved a story about celebrity sexual harassment. Last summer, it was Ronan Farrow‘s expose on Harvey Wenstein, which was eventually published by the New Yorker, and won Farrow a Pultizer Prize.

Now, the Hollywood Reporter has the story of Sil Lai Abrams, a woman who claims both music mogul Russell Simmons and Extra host A.J. Calloway sexually assaulted her; Simmons in 1994 and Calloway in 2006. Both men deny the charges. The story was originally to be reported by MSNBC host Joy Ann Reid, with an article in New York magazine (which says it did not publish the piece because Reid withdrew it.)

But it is THR that is now telling Abrams’ story. Reid’s reporting began late last year, even as NBC was still explaining why it passed on Farrow’s Weinstein story. From THR:

In mid-December, MSNBC’s standards and legal departments began putting Abrams through a grinding vetting process. She responded to their requests, providing documents from years earlier, including several court orders issued in New York against Calloway. She supplied contact information for sources who could verify aspects of her past, including some who had been told of the alleged assaults in the immediate aftermath.

In January, Reid taped an on-camera interview with Abrams at MSNBC’s New York studio. But a process that had begun in December dragged on frustratingly for weeks and then months. At times, Reid texted or emailed Abrams about her sense that the network was “slow walking” the story with “stupid” requests. Finally, in April, Abrams says Reid told her that the network was no longer responding to her queries as to when the segment might air.

We’re told that NBC’s investigation attempted, but failed, to get a former prosecutor to talk, and that alleged witnesses turned down numerous requests to speak on the record. A source also tells us that Abrams would only participate if claims against both men were reported, but NBC’s investigative team could only confirm one of the reports, so chose not to report on either.

“When MSNBC pursues any investigative story our mission is always to be as thorough as we can, to scrutinize sources and corroborate information before we report,” an NBC spokesperson said. “Anything else falls short of our journalistic standards.”

In late December, as the story was still being considered for air, Reid texted Abrams asking for copies of the Calloway documents. Abrams responded that she had already provided PDFs. “Hard copies,” Reid responded. “NBC is a bit of a pain in the arse.”

For her part, Reid, who has been under scrutiny lately for her past blog writings, defended MSNBC’s handing of the story. “Investigative reports like these take time, and not surprisingly, sometimes journalists get frustrated as well. I inappropriately shared that frustration privately with Sil Lai. I completely respect MSNBC’s standards and practices. Meticulous research to get the facts right was the only option, especially given the seriousness of the allegations.”

“They took away my voice,” Abrams says of the experience with MSNBC. “I want people to understand how incredibly challenging this is, with a story like mine that’s highly sourced… I’m speaking out for all the other women who have been silenced, to let them know it’s not their fault.”

Update: Late today, we received this statement from Calloway’s lawyer: “I was disappointed to read the false allegations about me in The Hollywood Reporter. As I have maintained from the beginning, these allegations are not true. When I was first notified about these allegations by law enforcement more than a decade ago, I fully cooperated from the beginning and the case was dismissed. THR chose to publish these meritless allegations without a thorough investigation of the facts. I intend to vigorously defend my reputation against these false accusations and will not let this cause further harm to my family.”