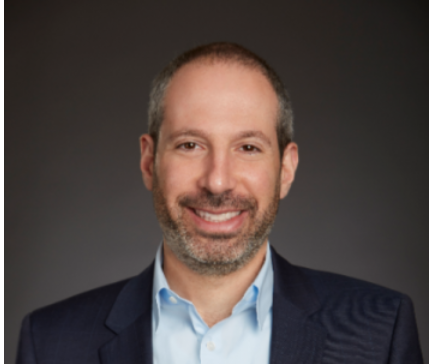 NBC News president Noah Oppenheim sat down with Poynter’s senior media writer Tom Jones for a wide-ranging conversation about the state of network journalism, NBC’s position in the TV news landscape, as well as the company’s growth in digital offerings—including streaming and podcasts.

Here’s an excerpt from the Q&A:

Poynter: Where do you see the state of network journalism these days and how do you feel you did over the past couple of years?

Oppenheim: The last couple of years have been both exhausting and challenging and also a real privilege. The world around us is going through so many seismic transitions. Our country is going through such an extraordinary amount of upheaval.

The ability to spend each and every day covering that story, thinking about that story, helping our audience understand what’s going on around them—it’s a real responsibility and a real privilege for anyone who dreamed of working in journalism and now does to be living through such momentous times. I think a lot of decisions we made, going back many years now, have really positioned us well to rise to this moment in time.

Going back to 2016, 2017 when I was first settling into this role, one of the first big choices that we made was to invest in original journalism. For a long time, certainly network television didn’t necessarily have that roster of on-the-ground print reporters that you would normally find in a newspaper environment. The growth of our digital business gave us an outlet for that kind of work—and an opportunity to hire folks who came up via wire services or regional newspapers.

And in 2016, we started going out in the country and looking for the best of those folks and selling to them, “Hey, you might have thought your career path would lead you to The Washington Post or The New York Times, but why don’t you come here? Because we’ve got an extraordinary reach on our digital platforms. We’ve also got this great megaphone in the form of broadcast television and cable television. We’re going to be building this whole streaming thing, which is another way for you to get your work out. And we think if you want to break news and tell important stories, NBC News is the best place you can possibly be.

The country is incredibly divided right now. When it comes to network news —and we can talk about NBC specifically— what is their role? What is it you aim to give viewers?

When we go and interview a national figure, whether it’s Vice President Harris or if it had been Vice President Pence three years ago, we’re going to go into each of those interviews with the exact same mentality, which is these are the folks who are running our country. They need to be held to account. What are the toughest questions that we should be asking in order to accomplish that?

I still believe in that old-school approach to journalism and being just as tough on both sides. And looking for truth and facts. Our mission is to illuminate and not advocate.