NEXT:Andy Lack to NBC Staffers: 'I'm So Very Proud of What You Accomplished This Week'
PREVIOUS:Scoreboard: Friday, June 28 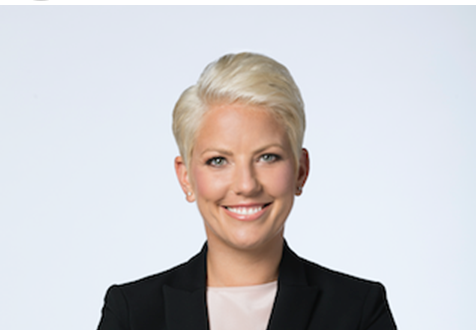 Morris isn’t moving incredibly far for her new gig. She joins joins NBC from Fox 5 in New York (WNYW) where she was a business reporter and anchor.

She has also worked for WSJ Europe, CNBC Europe and Fox Connecticut.

NBC News, MSNBC svp of editorial and the executive-in-charge of NBC News Now, Janelle Rodriguez, sent the below note to staff this afternoon, announcing the addition of Morris:

I’m pleased to announce that Alison Morris has joined us as the new anchor for NBC News NOW, based in NYC.

Alison comes to NBC from FOX 5 in New York, where she was the business reporter and anchor. There, she was Emmy nominated for her “Lap of Luxury Series” that pulled back the curtain on some of the most exclusive brands in the world. She started her career based in Paris as a reporter for the Wall Street Journal Europe covering business and advertising. After WSJ, Allison transitioned to CNBC Europe where she covered the Paris stock market. Prior to Fox in NY, she was the evening anchor at FOX in Connecticut, where she field-anchored coverage of Sandy Hook, as well as the World Series and the Super Bowl.

We’re confident that she will bring an authentic, trustworthy and deeply journalistic voice to the product, which is already starting to become a go-to source for a rising generation of news junkies.

NBC News NOW is thriving – with just five weeks under their belt of being live from 3-11pm ET, the team has already managed to pull off several in-depth interviews with important political and pop culture figures – including Richard Branson, Priyanka Chopra, Jay Inslee, Michael Phelps, Howard Schultz and Andrew Yang, – produced live hits from around the globe and across the US and recently hosted two live pre- and post-shows for the first democratic presidential debates.  Since launching, NOW content has already garnered several million views and for the debates saw incredible engagement and viewership.

Led by executive producer Erica Fink, this incredible team will continue to provide in-depth reporting of the highest caliber via a product that is made for a digital and streaming audience.

Thank you for continuing to tune in to NBC News NOW and please join me in welcoming Alison to the team.