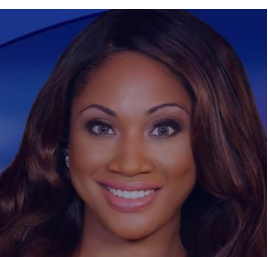 NBC News has hired two new on-air reporters for the national network. One will serve as a meteorologist and the other as correspondent.

The first is Janessa Webb, an on-air certified meteorologist who joins the network after a three-year stint as a meteorologist and reporter for WEWS-TV, the ABC affiliate in Cleveland.

Beginning later this summer, Webb will contribute to NBC News’ Early Today and across the MSNBC programming slate.

Before her gig in Cleveland, Webb–an Alaska native who seems comfortable working in frigid locales–was a meteorologist and producer/reporter for four years at the CBS affiliate KTVA in Anchorage, Alaska and a weather director and chief meteorologist for three years at KYUR-TV, also in Anchorage.

“I am so humbled and honored to join the Weather Unit at NBC News and MSNBC!” Webb tells TVNewser. “Growing up with the wild weather in Alaska, it was always a dream to do what I love on a national platform. It’s such an honor for me to work side-by-side with the best meteorologists and producers in the industry … I’m grateful for this opportunity and can’t wait to get started.”

The second addition is Kathy Park, who will join NBC News as a correspondent reporting across all NBC News and MSNBC programming.

Park, like Webb, heads to national news after stints at various local news stations. She was most recently a general assignment reporter at KCRA 3, the NBC affiliate in Sacramento.

David Verdi, svp of worldwide newsgathering for NBC News, announced the addition of Park in an internal note to staff:

We are pleased to announce that Kathy Park has joined NBC News as a correspondent, reporting across all NBC News and MSNBC platforms.

Kathy comes to us from KCRA 3, our NBC affiliate in Sacramento, where she has worked as a general assignment reporter since the summer of 2014. In Sacramento, Kathy reported on everything from wildfires, riots in response to the shooting of Stephon Clark, in addition to the 2018 primary election in California. Prior to joining KCRA 3, Park was an anchor and reporter in D.C. covering major events including both of President Barack Obama’s inaugurations, the Navy Yard shooting, and the blizzard of 2010, earning an Emmy nomination along the way.

Kathy started her career in Northeast Tennessee at WCYB/Fox Tri-Cities, and has ties to our NBC family having interned at “Hardball with Chris Matthews.” She graduated from the University of Maryland with a degree in journalism.

Kathy is a member of the AAJA and a fluent Korean speaker.

Please join me in welcoming Kathy. We are thrilled to have her.