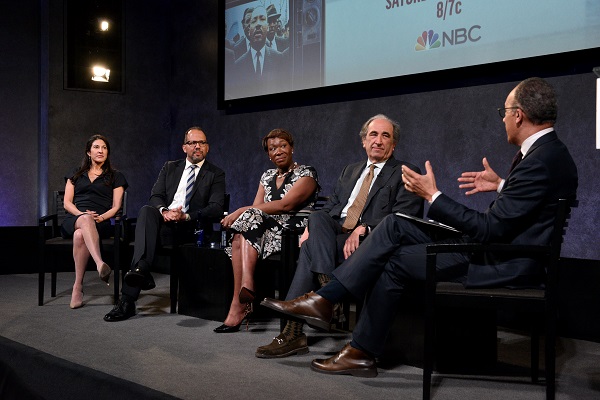 The nominees for the 50th NAACP Image Awards were announced this morning at TCA, and nominees include a number of TV newsers.

ABC’s The View is up for Outstanding Talk Series; Joy Reid (AM Joy – MSNBC) and Lester Holt (NBC Nightly News) are nominated in the Outstanding Host in a Talk or News/Information (Series or Special)–Individual or Ensemble category.

NBC’s Hope & Fury: MLK, The Movement and the Media is being nominated in the Outstanding Documentary (Television) category.

The winners will be revealed during a two-hour live special broadcast airing on TV One on Saturday, March 30 from the Dolby Theatre in Los Angeles.