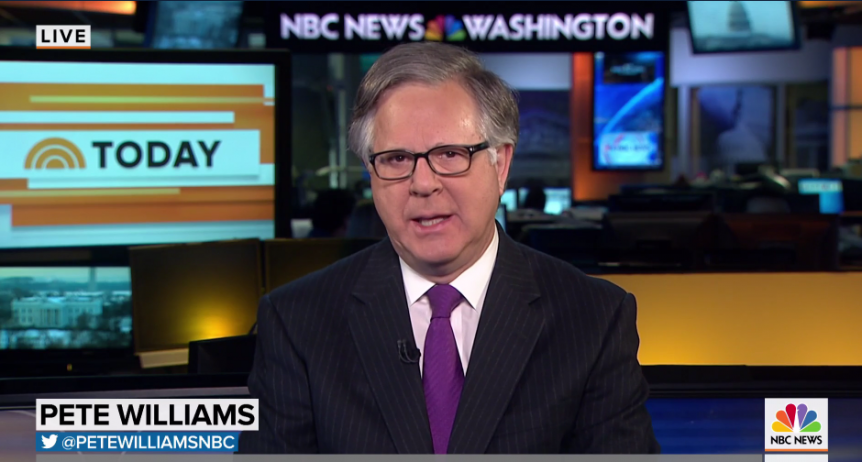 Well, here’s some not so pleasant news.

According to an NBC News report published yesterday evening, prosecutors are alleging that an officer in the Coast Guard named Christopher Paul Hasson conspired “to murder innocent civilians on a scale rarely seen in this country.”

These include prominent Democratic party politicians and media personalities.

According to prosecutors, the media figures that are on Hasson’s list, dated Jan. 17, include MSNBC’s Joe Scarborough, Chris Hayes and Ari Melber, and CNN’s Don Lemon, Chris Cuomo and Van Jones.

Hasson, a “White Nationalist,” was arrested Feb. 15 on drug and gun charges, and according to NBC, prosecutors noted in a detention memo this week that he intended to commit a domestic terror attack.

NBC states that according to prosecutors, the Coast Guard flagged Hasson because of internet searches of extremist web sites at work.

“I am dreaming of a way to kill almost every last person on the earth,” reads a draft email found on his computer. “I think a plague would be most successful but how do I acquire the needed/ Spanish flu, botulism, anthrax not sure yet but will find something.”

In another letter to himself found on his computer, court papers say, he says, “I am a long time White Nationalist, having been a skinhead 30 plus years ago before my time in the military.”

A search of Hasson’s Silver Spring, Maryland, residence yielded 15 firearms and 1,000 rounds of ammo , according to court docs.

This is just the latest publicly-reported instance of violent rhetoric aimed at the media over the past couple of years. Pipe bombs were sent to CNN’s New York HQ on multiple occasions late last year. In May 2017, a journalist for The Guardian, Ben Jacobs was bodyslammed by Montana congressional candidate Greg Gianforte. A BBC cameraman named Ron Skeans was shoved to the ground by a man at a Trump rally in El Paso last week; and CNN chief White House correspondent Jim Acosta has been the subject of many threats since the Trump presidency began.