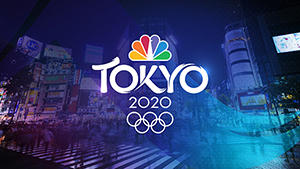 “With so many stories to tell at each Olympics, we are excited to have a group of reporters ranging from NBC News correspondents to Olympic medalists to veteran sports commentators,” said NBC Olympics vp and coordinating producer Rebecca Chatman.

The Opening Ceremony of the Tokyo Olympics is Friday, July 23 on NBC.