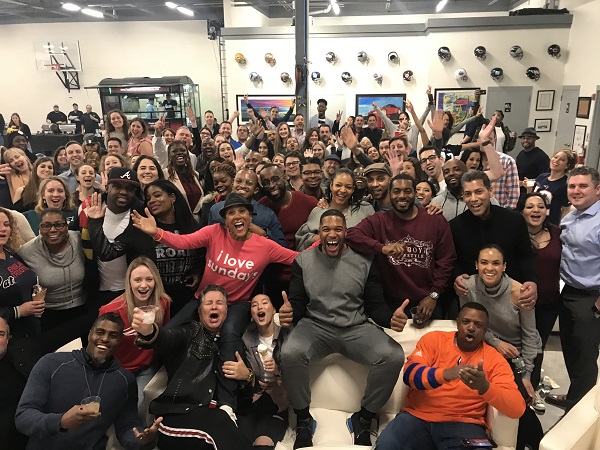 Strahan and GMA co-anchor Robin Roberts threw a Super Bowl party for staffers and their friends and family.

Guests watched the big game on an oversized projector while chowing down on homemade gumbo brought by Roberts, a native Mississippian.

It was so thoughtful of Bobby to ship us gumbo for our party! Next time I’m home on the beautiful MS Gulf Coast I’m going to stop by and see my friends at #MaryMahoneys. Longtime family fav ? https://t.co/SFtYOFGFZf

On GMA this morning, Strahan chatted with a couple of exhausted Eagles players Malcolm Jenkins and Zach Ertz. Jenkins and Ertz were integral to last night’s Super Bowl victory, the Eagles first. The franchise’s last NFL title was in 1960.