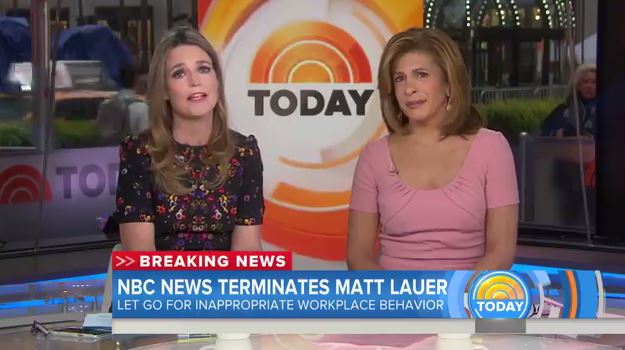 The Today Show continues to roll without Matt Lauer.

With Savannah Guthrie and Hoda Kotb at the anchor desk, the NBC morning show was the most-watched morning newscast for the third consecutive week, and it continues to reign supreme when it comes to attracting younger news viewers, including adults 25-54.

That said, Today, like its morning show competitors, lost viewers versus the same week in 2016. Today was -8 percent in total viewers and -9.5 percent in the A25-54 demo, the one most valued by advertisers of TV news.

Good Morning America finished No. 2 across-the-board for the third consecutive week. The program managed to post its largest demo audience in 10 weeks, won Tuesday and Thursday in total viewers, and cut into Today’s lead. GMA remains the most-watched morning show of the season to-date.

But, the ABC morning show posted audience losses compared to the same week last year, -5 percent in total viewers and -8 percent in the demo.

Compared to last year, CBS This Morning saw the least severe dropoff in total audience (-1 percent), but lost a good deal of the key A25-54 demo (-9 percent).

Morning show ratings for the week of Dec. 11: